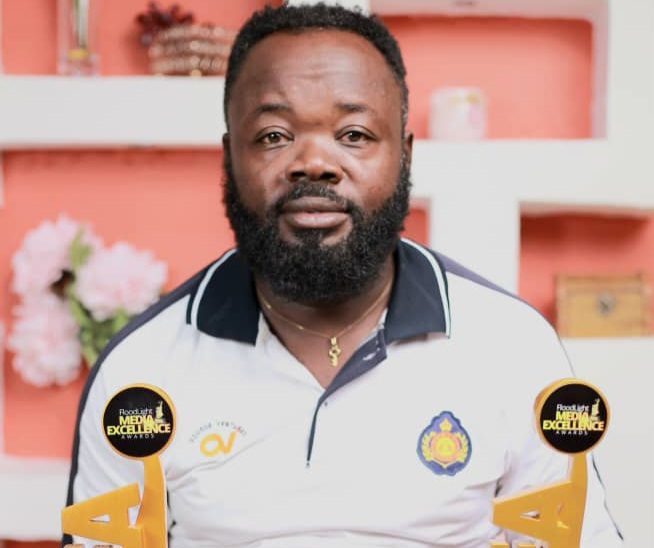 Richard Sarkodie popularly known as Osoode has been adjudged the Best Male Actor of the Year at the 2023 edition of the annual Floodlight Media Excellence Awards.

The awards ceremony held at the Marigold Hotel, Kumasi last weekend witnessed over 43 distinguished individuals being honoured with plaques and citations of recognition for their immense contribution to the development of creative arts and media freedom.

The acting gem also bagged the Brand Ambassador of the Year, an award he has won three consecutive times.

Osoode, in an interview after his latest award, thanked the organisers for recognising his effort in the acting field and was poised to achieve greater heights in the future.

He noted that his few years of acting had brought him many opportunities and boosted his career and public image.

“I would say this is an inspiration to start the year 2023 with a lot more zeal, a goal-oriented spirit, and optimism to achieve what I set for myself.”

Osoode further urged young acting talents to be patient and committed to the job, and success would eventually be achieved in due time.

The annual Floodlight Media Excellence Awards also seeks to empower the next generation of media and celebrate personalities and brands that inspire, entertain, and shape our society.

The actor has been an outstanding brand ambassador for products such as Givers Herbal Center, Time Herbal Mixture, Perfect Skin and Body Therapy, among others.

Share
Facebook
Twitter
Pinterest
WhatsApp
Previous article
VIDEO: You’ll regret dissing me because I won’t spare you with insults – Big Akwes thre@tens Fameye as he vows to destr0y him
Next article
Sarkodie is my small boy and he knows it – Samini fires again and brags
- Advertisement -