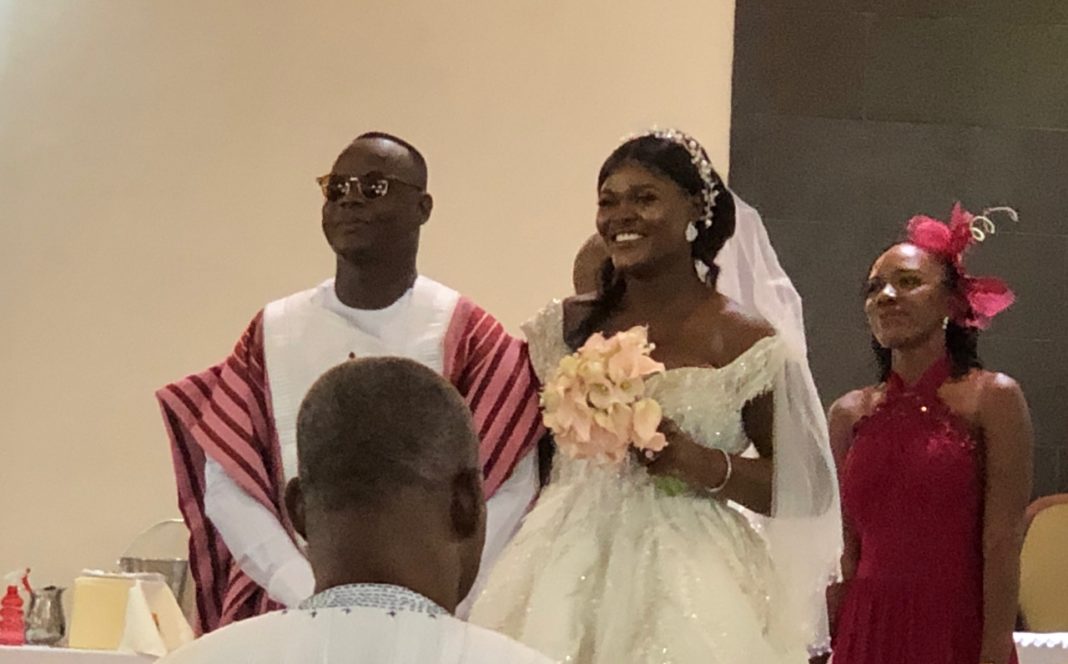 Even though Fentuo is a Muslim, he decided to have a church wedding because his beautiful newlywed wife, Hannah Tiigah Sinnibah is a Catholic.

The marriage ceremony took place at the Mary Mother of Good Counsel Catholic Church, and it was well-attended by family, friends, and colleagues in the media industry.

A lot of the known media personalities in Ghana, like Saddick Adams, Giovani Caleb, Kojo Akoto Boateng, Umaru Sanda, Jerome Otchere, Kelwin Owusu Ansah, and many others, were seen at the colorful ceremony.

READ ALSO: The Son Of Archbishop Nicholas Duncan-Williams Finally Apologizes For Calling Out His Dad In Public For Allegedly Detaining Him- Watch Video

From the photos and videos that have surfaced online, Fentuo and his new wife had a wonderful time at their wedding, especially when they had to k!ss at the church and also, have their first dance. #

Check out the videos and photos below as you join and say congrats to the new couple.