VIDEO: Akrobeto @ngrily Reacts To Death Prophecy Over His Life 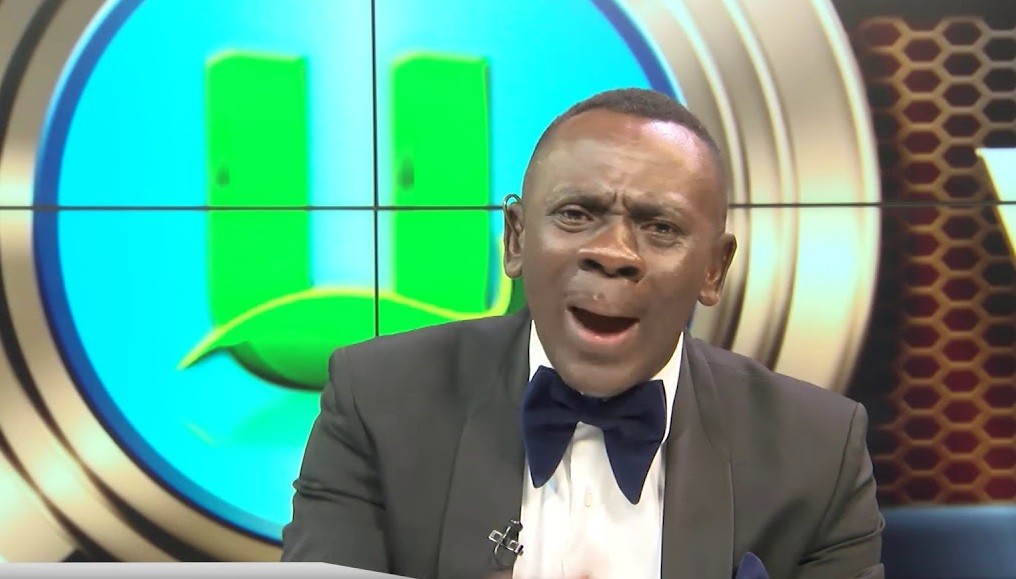 Ghanaian actor who also doubles as a TV presenter, Akwasi Boadi, popularly known as Akrobeto, has finally reacted to a death prophecy on his life.

On Friday, January 20, 2023, Akrobeto spoke very emotionally about this prophecy when he was about to sign off on his ‘Real News’ show which airs on UTV.

READ ALSO: The Son Of Archbishop Nicholas Duncan-Williams Finally Apologizes For Calling Out His Dad In Public For Allegedly Detaining Him- Watch Video

Apparently, the prophecy that he might die if he traveled a lot in December 2022 was made about his life was made by a supposed man of God back in November 2022.

The supposed man of God, who is not one of the known faces in the media space in the video shared by Akrobeto said: “There is a man called Akrobeto here in Ghana. Tell him that some people are plotting against his life and they will be doing so through a motor accident. If he thinks I’m lying, tell him to go and ask my father, Apostle Kwadwo Safo. Tell Akrobeto that from now till December, he shouldn’t travel anyhow.”

Well, after he survived the holiday season despite all his travels, Akrobeto played the video on his show and told the prophet to do better.

He stressed that his job demands that he travels frequently and so, such prophecies do not scare him.

Akrobeto further stated that he is not afraid to die because death is something everybody will experience at some point in life.

The award-winning actor also indicated that his spiritual father, Apostle Kwadwo Safo is also intervening for him spiritually