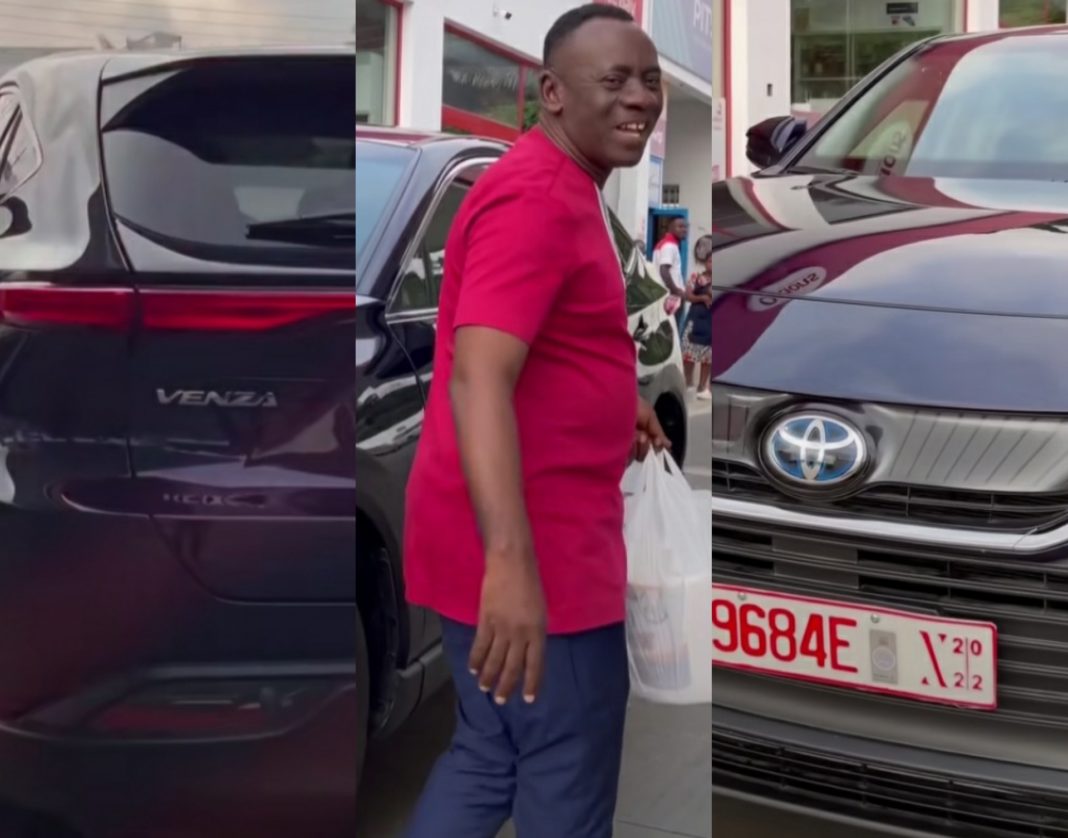 The car was a 2022 Toyota Venza which has a starting price of $32,890 according to our checks online.

Soon after the video was shared online, people began to congratulate Akrobeto on the acquisition of the car.

Many others were surprised that Akrobeto was flaunting his newly-acquired online because he is not known to be one of the celebs who do such things.

Well, it appears Akrobeto had his reasons for flaunting this particular car he has added to his fleet online.

On his Real News show on Friday night, Akrobeto explained that he decided to show off this car as a way of thanking Dr. Osei Kwame Despite and his partner, Dr. Ofori Sarpong for the trust they had in him to employ him as a worker for UTV about three years ago.

Akrobeto also thanked the top management members of UTV namely Dr. Fadda Dickson Narh, Kennedy Osei, and Roger Quartey for all they have also done for him in the last three years he has worked with the brand.

He went further to thank his team of producers for bearing with him all these years even though he is not the best of presenters one can find or would want to work with.

According to him, this car belongs to all of them because he saved all the money he got as a worker of UTV in the last three years to get this expensive ride.

To cap it all, Akrobeto heaped praises on his godfather, Apostle Kwadwo Safo Kantanka for all his wise counsel over the years and dedicated the whole show to him because it was his birthday.

Watch a video of Akrobeto speaking below…

I Have Never Been This Nervous Before – Efia Odo Says...