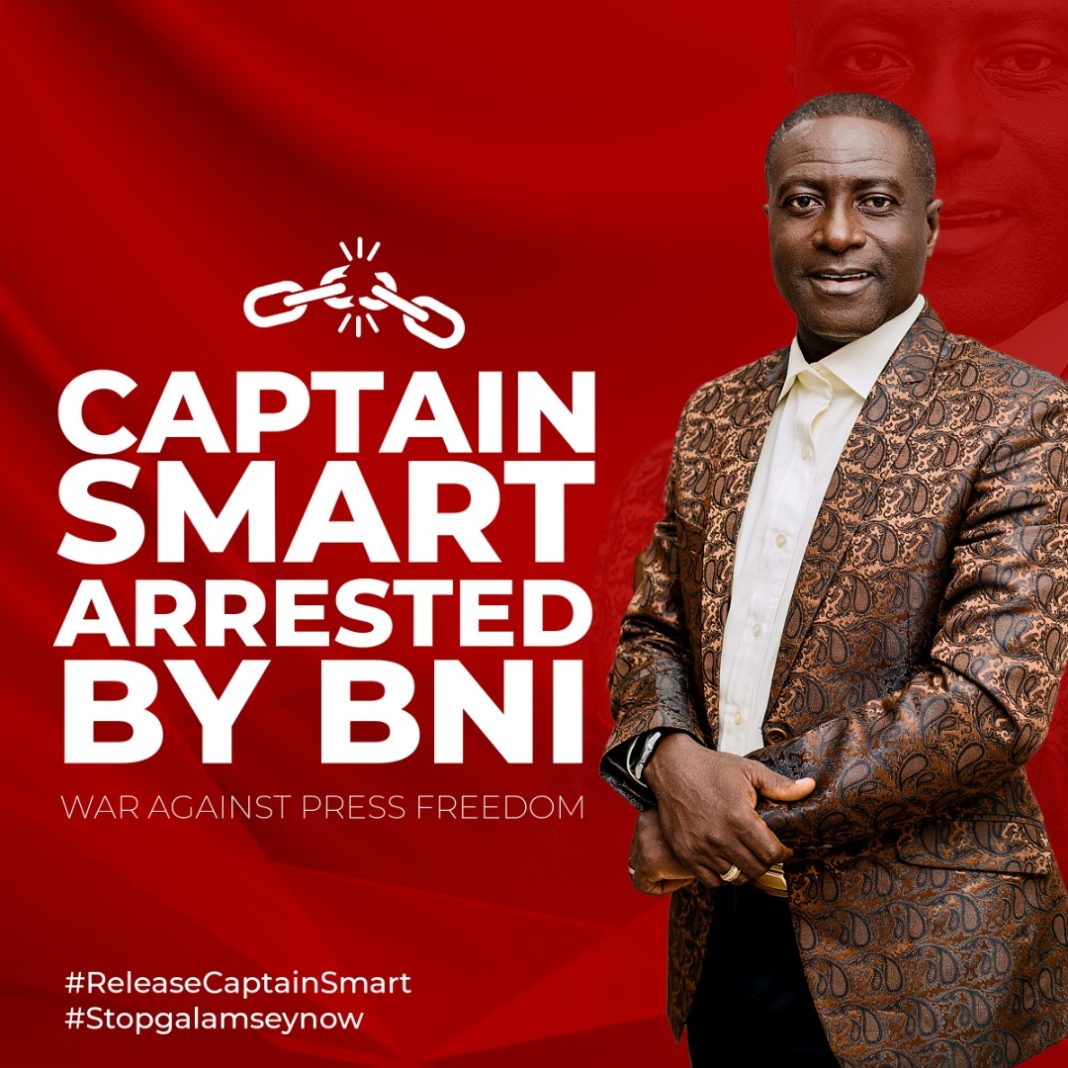 The hard-talking broadcaster was picked up Wednesday, October 19.

This was revealed in a statement from Media General.

It is believed that his arrest is in connection with his comments about the ineffectiveness of President Nana Addo Dankwa Akufo-Addo’s fight against galamsey so far.

READ ALSO: Being An Entertainer Is Not Enough – Guru Hints At His Political Ambition

Earlier this week, the Ministry of Information, in a statement signed by Deputy Minister Fatimatu Abubakar stated the government’s unhappiness with the comments and said the government was issuing a complaint to the NMC and may explore the option of legal redress.

“It is therefore strange and sad that the government has chosen the route of intimidation and harassment.

“It is unclear where he is being kept as operatives almost run company executives of the road in an attempt to follow the convoy of umarked  vehicles that whisked him away from the kawukudi office of NIB,” the statement detailed.

“MG and all its affiliates will keep mounting pressure on the government to stop paying lip service to the war against galamsey and stop the pollution of our rivers and water bodies,” it added.