Princess Shyngle Takes Solace In Her Ex-lover After She Divorced Her Husband, Bale-Gaye Just Three Months After They Got Married (Videos) 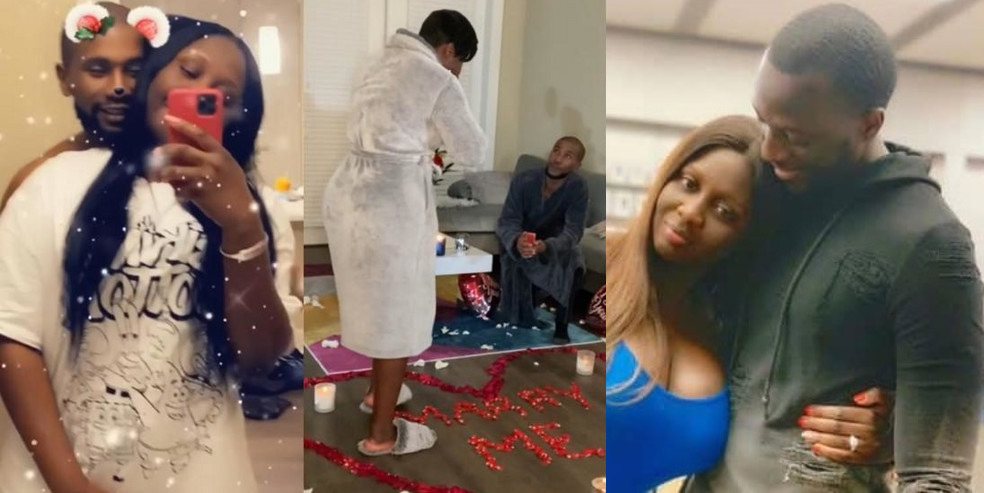 In January this year, Princess Shyngle tied the knot with her long-time crush and childhood friend, Bala-Gaye.

While announcing their marriage via Instagram at the time, the Gambian socialite disclosed that she had serious affection for him since their eighth grade, but he chose to remain her friend until their marriage.

Soon after she made this post, they tied the knot in a private Muslim ceremony in the Gambia.

Just three months into their marriage, it appears they are already walking different paths.

On Saturday, April 10, Princess Shyngle took to Instagram to share her divorce documents and accused her husband of abuse and lies.

“Since you want to tell the world everything, tell them you’re a woman beater,” Princess wrote on her Instagram story. “Let them know you put your hands on women and pull out guns on a woman. Don’t f**king play with me. You put your hands on a wrong b*tch,” she wrote.

She called her husband a mistake and further stated that the ‘drama is getting started’.

“You are a f**king mistake. I’ve divorced your ass so leave me the f**k alone. This drama is just getting started. I think you really underestimated me,” she added.

She shared audio of her husband begging her and admitting to beating her online as well.

Swipe right for all the videos

Well, just a few hours after this drama, Princess Shyngle has been seen posting videos of her ex, Frederic Badji, who she left to marry Bale-Gaye after he landed his azz in jail for alleged fraudulent behavior.

In the videos she shared on her Instagram story, Frederic Badji was seen heaping a lot of praises on her and describing her a perfect woman every man will want to marry.

Kindly press play and watch the videos she shared below

Actress Princess Shyngle Greets The World With The Full View Of...