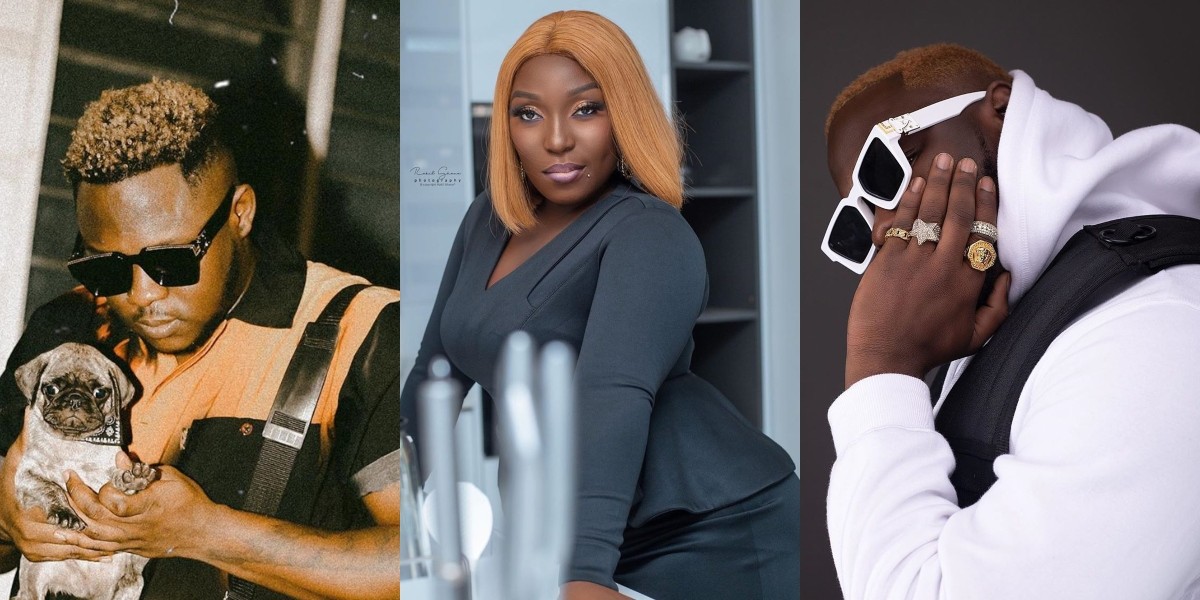 Female rapper Eno Barony has been spotted in a new photo looking all bougie and has gained her a lot of attention online.

The photo saw Eno Barony dressed in a Cheetah-themed outfit that looked very good on her. She complimented her look with a pair of sunglasses and blonde-coloured hair.

After the photo was posted, award-winning rapper Medikal took it and posted it on his Twitter handle to praise the female rapper over her dope sense of fashion.

Medikal captioned the photo: “Alah ! My girl that ! More than cat woman!”

The photo attracted a lot of attention on social media after it was posted and got a lot of Medikal’s fans praising Eno over the exquisite look.

After Medikal posted the photo, Eno Barony’s attention was drawn to it and she commented:

It would appear that the duo have gotten into the good books of each other and it is such a lovely thing to see.