Rev. Obofour And His Wife ‘Ch0p’ Love On Social Media Users Amid Speculations That They Have Divorced – Watch Video 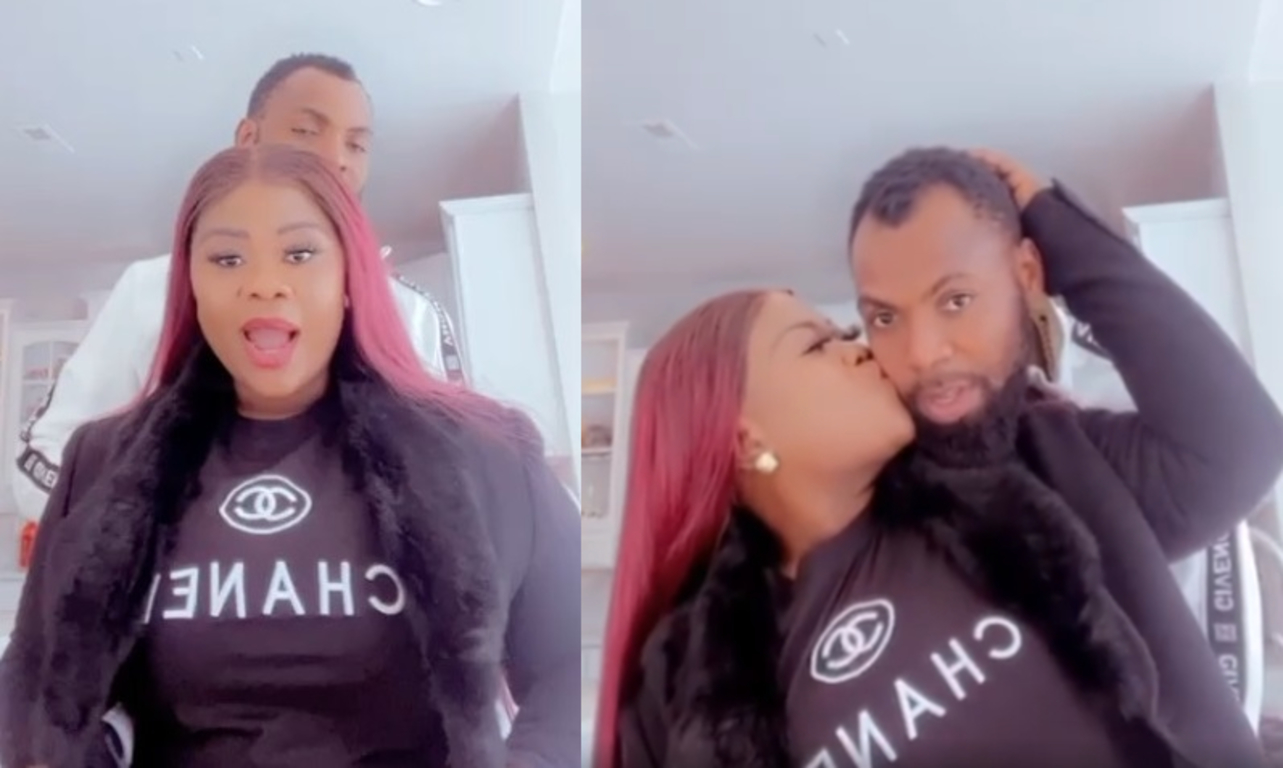 There were recently tons of reports online which sought to suggest that the founder and leader of Anointed Palace Chapel (APC), Rev. Obofour, and his wife, Ciara Antwi aka Bofowaa, were having some marital issues because the former wanted to take a second wife.

Amid those viral speculations, Rev. Obofour came out to state that the reports are just lies carefully put together to tarnish his image.

READ ALSO: Where are the celebrities who criticised Mahama? – Habiba Sinare quizzes

The popular pastor in that reaction stressed that he has never taken in a second wife, nor even met the said lady he was reported to have married before.

Well, Rev. Obofour has decided to release a fresh video with his wife to confirm that all is well with their marriage.

READ ALSO: Amerado Reveals Plans Of Marriage After The Release Of His Album, ‘GINA’

The couple who are in the United States were also cozied up as they spoke about his usual 31st December watch night service.

They spoke passionately about the event and made sure that all the people who were speculating that they are divorcing would understand that the reports were just false.

Rev. Obofour and his wife also made sure that they emphasized the date they were recording the video more than enough to make everyone watching the video understand that were still married.

Share
Facebook
Twitter
Pinterest
WhatsApp
Previous article
Amerado Reveals Plans Of Marriage After The Release Of His Album, ‘GINA’
Next article
Amerado lists his top 5 rappers and how they inspired his new album
- Advertisement -