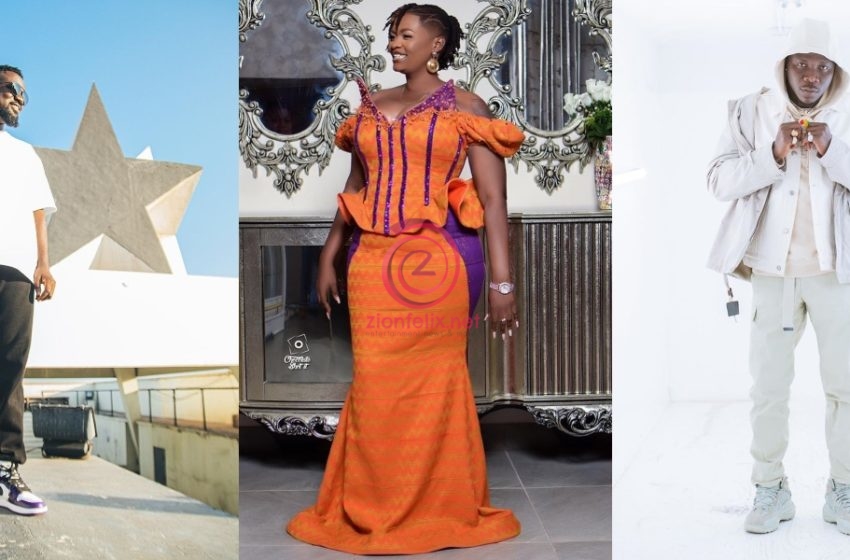 A diehard fan of dancehall star Stonebwoy, Ayisha Modi, known on social media as She_Loves_Stonebwoy, has indicated that Sarkodie has reported the Black Love Concert bust-up to the police.

While speaking in a video, Ayisha indicated that immediately the incident happened, Sarkodie and his team called the Police Headquarters to request for the arrest of Stonebwoy.

According to the lady who appeared rather livid in the video, Sarkodie did not open up on all that happened in his August 19 press release that sought to address the incident between Stonebwoy and Angeltown.

She said Sarkodie was calling Stonebwoy his brother but had already reported him to the police.

Ayisha said no matter what happened between herself and someone she considered a ‘brother’, she can never report the person to the police.

She called on Sarkodie to be bold and address the matter fully for all to know what exactly transpired on the fateful night.

Ayisha went on to claim that Sarkodie had called bloggers not to write about the incident but she said she was privy to all the moves of the Oofeestso crooner.

Among many other things, Ayisha indicated that she was the one who introduced Sarkodie to one Terry who is now the rapper’s manager based in USA.

Ayisha has been on a ranting spree following a press release from the camp of Sarkodie was made public with the aim of addressing happenings between Sarkodie’s manager, Angeltown and Stonebwoy.