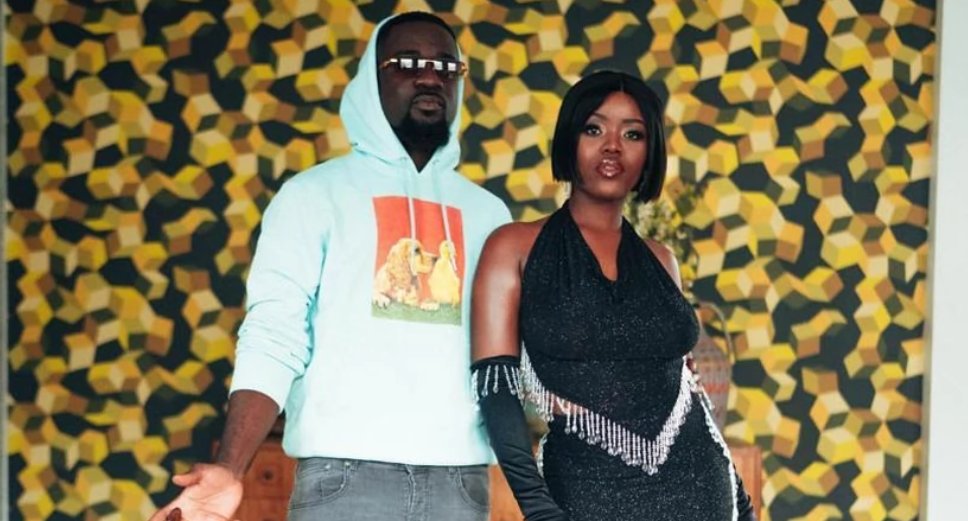 Ghanaian rapper, Michael Owusu Addo popularly known as Sarkodie has emerged as the most streamed artiste in Ghana on Spotify, the streaming platform announced in a statement.

Forever hitmaker, Gyakie also came tops among all female artiste worldwide as the most streamed female musician on the app in Ghana.

As the countdown to 2022 starts, nothing can round off this incredible year better than Spotify Wrapped, which sums up what made 365 million Spotify users around the globe vibe throughout the year.

In 2021, the world slowly came out of its quarantine lifestyle to embrace the New Normal. While at it, Spotify entered Ghana’s space, in line with the rise of audio streaming in Sub-Saharan Africa.

Now, for the fifth year running, Spotify is unveiling the top artists, albums, songs and playlists through Wrapped. Spoiler alert: the Ghanaian music industry is in for a treat as local albums and artists topped the charts among Spotify users in the country!

In Ghana, Rap, Afropop, Afro dancehall and Azontobeats were among the top genres as nightclubs reopened and people got their groove on. Speaking of rap music, none other than “King Sark” claimed the most album plays with “No Pressure” — knocking WizKid’s “Made in Lagos” and Justin Bieber’s “Justice” down to second and third in the process.

Sarkodie again ruled the chart as the Ghanaian people’s favourite artist, ahead of Drake and Nigeria’s Burna Boy. King Promise completed the Top 10 as one of three Ghanaian artists listed in it.

Hots Hits Ghana — featuring tracks from Black Sherif, Kuami Eugene, and Wendy Shay among others — was the most streamed playlist. In the midst of the Grammy Awards nominations buzz, it’s fair to say that Ghanaians truly support their own.

Most streamed artists in Ghana

Most streamed female artist in Ghana

Most streamed tracks in Ghana

Most streamed albums in Ghana

“No Pressure”, by Sarkodie
“Made in Lagos”, by WizKid
“Justice”, by Justin Bieber
“Certified Lover Boy” by Drake
“Donda”, by Kanye West
“Shoot for Stars Aim for the Moon” by Pop Smoke
“Twice as Tall”, by Burna Boy
“A Better Time” by DaVido
“The Golden Boy” by KiDi
“Somewhere between Beauty & Magic”, by Joeboy

Most streamed local artists in Ghana

Spotify transformed music listening forever when it launched in 2008. Discover, manage and share over 70 million tracks, including more than 3.2 million podcast titles, for free, or upgrade to Spotify Premium to access exclusive features for music including improved sound quality and an on-demand, offline, and ad-free listening experience. Today, Spotify is the world’s most popular audio streaming subscription service with 381m users, including 172m subscribers, across 184 markets.

Sarkodie Is Successful In Music Because He’s Wise – Mark Okraku...