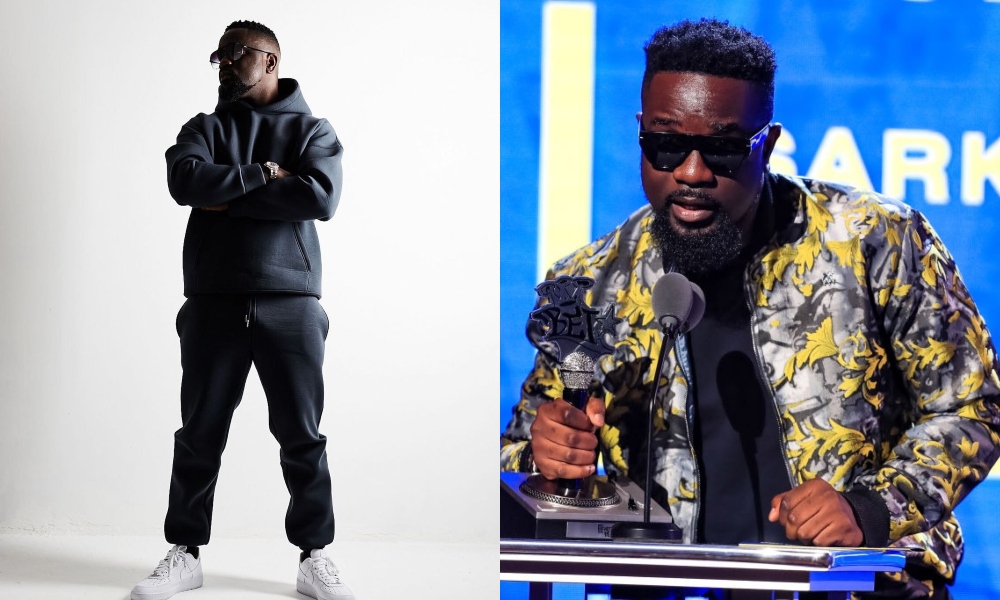 Multiple award-winning rapper Sarkodie has taken his Sarknation fans on a private tour through his mansion and through his well-stocked cabinet that is filled with all his awards.

Born Michael Owusu Addo, Sarkodie was seen in his house as he was welcomed back home by his daughter, Titi.

The little girl was seen hugging her celebrity dad who was equally happy to see his lovely Adalyn.

Behind where the duo enjoyed their father and daughter moment stood a tall white cabinet which showed some of the awards King Sark had won in Ghana and internationally.

It is not far from the truth if one says Sarkodie is among the most nominated and awarded artistes in Africa.

Just recently, he made Ghana proud after he picked a coveted award at the glamourous BET Awards in America.

The Oofeetsor crooner has picked up awards in Ghana and other parts of the world.

When it comes to nominations Sarkodie has been in the discussion back-to-back at prestigious award schemes proving how hard he always works so as to stay on top.

Sarkodie is married to Tracy Sarkcess and the couple is blessed with one daughter affectionately called Titi and a son who was recently welcomed into the family.

Sarkodie Finally Reacts To Edem’s Claim That He Did Not Show...