Ghanaian songstress, Sherifa Gunu has expressed her displeasure about the Canadian Embassy.

Speaking in an interview with Number 1 FM which was monitored by zionfelix.net, Sherifa was not happy about the treatment giving to her, Ras Kuuku and other Ghanaian artistes after they applied for a visa.

For about two weeks after their submission, the soul musician lamented they do not know their stance about whether they visas will be granted or not.

A furious Sherifa claims she hasn’t been able to perform at some shows outside the country due to the holding of her passport at the Canadian Embassy.

She labelled the actions of the officials at the Embassy as hypocrisy.

The ‘Yumiantabah’ singer who has travelled on several occasions to entertain her fans around the globe was confused about the retaining of her passport and also the delay for the Embassy to grant her a visa.

She, therefore, called on the President, Nana Akufo Addo and other authorities to intervene. 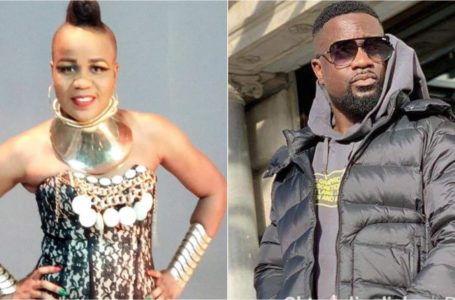 Sarkodie Has Featured A Lot Of Artistes...