Counselor George Lutterodt, one name that never appears in the media without controversies has appeared again this time, and like always it is with another explosive controversy. The counselor has publicly ordered celebrated and award-winning broadcast journalist, Nana Aba Anamoah to show her son the dad for it is a big shame if she continues to deprive the boy that privilege.

In a video available to zionfelix.net, counselor Lutterodt, who was speaking at an outdoor edition of the Okay FM drive show as part of the stations 8th year anniversary, made this pronouncement as a rebuttal to the mockery from Abena Moet who was also on the show that Nana Aba Anamoah shunned the counselor when he wanted to wish TV personality well on her birthday.

“If Nana Aba Anamoah says she is bold, she should show her son his dad…it is a shame…” he stated.

The controversial counselor was reported to have stated categorically sometime ago that Nana Aba Anomoah cannot marry indicating that they had reached a stage he called “Mafa No Saa(MFS)”. These comments the media later gathered didn’t really go down well with the broadcaster who as a result later publicly shamed the counselor live on radio when she rejected his birthday on Okay FM.

READ ALSO: DJ Switch Lists All The Gifts She Brought From Her Trip To The USA

This comment from the counselor a counterattack to what Nana Aba Anamoah gave him and one will just have to wait to see if the Gh One TV presenter will reply to him.

Nana Aba Anamoah’s son is Paa Kow and he recently celebrated his 18 birthday and is all grown up. Also, not too long ago, an Italian burger called Richard Brown AKA Osebo, who is believed to the father of Paa Kow was all over social media begging to be accepted back in the life of his son. 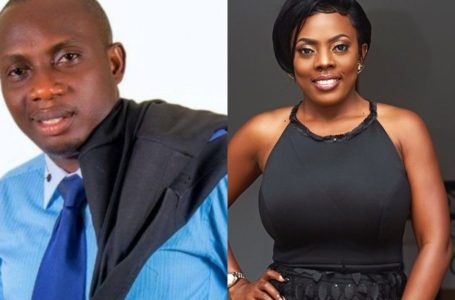 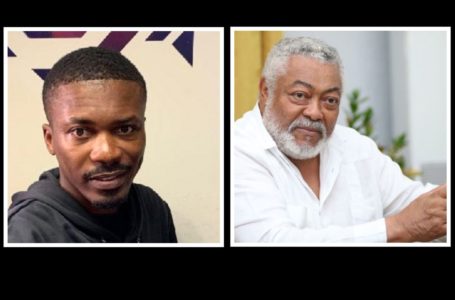 I Was The One Who Reported To...