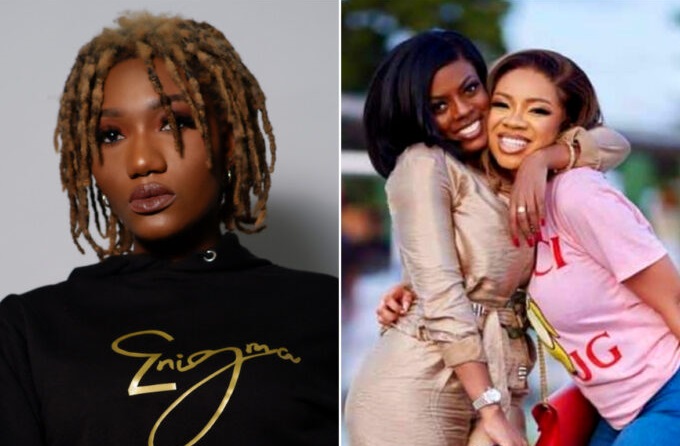 There was a widespread notion that Wendy Shay’s viral hit song, “Heat,” is a direct shade at renowned media personality, Nana Aba Anamoah and her goddaughter, Serwaa Amihere.

Many people made this assertion because the release of the song was coincidentally around the time Abena Korkor took to social media to make some wild against Nana Aba, Serwaa Amihere, and the NPP’s former General Secretary, John Boadu.

One personality who has openly indicated that he was not happy with the manner Wendy Shay somehow bullied the Gh One TV presenters is Kwame A Plus.

On UTV’s United Show which aired on Saturday, November 19, 2022, the leader of the TPP Movement told Wendy Shay in the face that song was below the belt, especially, when a lot of people fought for her at the time she was being abused when she started her music career in Ghana.

In a response to this suggestion, Wendy Shay for the first time denied that the song was in any way directed at Nana Aba Anamoah and Serwaa.

According to her, she only recorded the song to highlight the plight of the everyday Ghanaian and also to assure people that things will be better.

The ‘Survivor’ hitmaker also indicated that the lyrics in the song which appear to be a reference to the two media personalities really have nothing to do with them.

Watch the video of Wendy Shay making this clarification below…