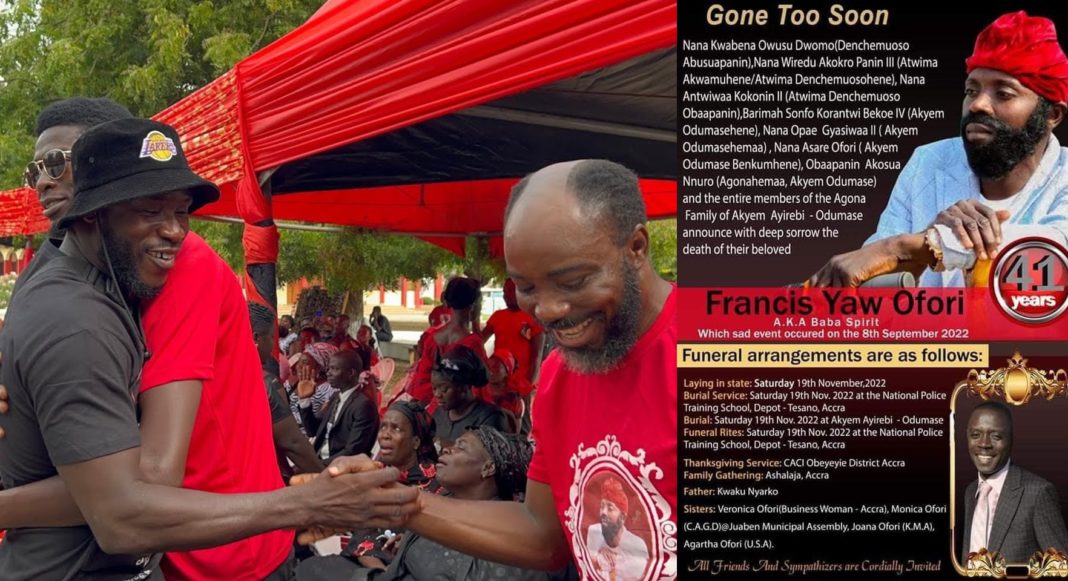 The funeral of late comedian and TV personality, Baba Spirit is underway at the National Police Training School, Tesano in Accra.

Today, November 19, 2022, was decided on as the date for the funeral after a one-week memorial service was held for Baba Spirit on Saturday, September 24, 2022, at the Accra Arts Centre.

A lot of celebrated personalities in the entertainment industry and people who admired Baba Spirit when he was alive have thronged the venue to pay their last respect and mourn with the family who has lost their loved one.

The likes of sensational actor Dr. Likee, aka Akabenezzer, and his crew members, plus Big Akwes and Quappiah, are among the well-known faces sighted at the funeral.

He died not long after he had said in an interview with Bryt TV that he was spiritually attacked but he survived.

The family initially wanted to organize his funeral in his hometown up north.

However, that decision was annulled due to a protest mounted by his colleagues in the showbiz industry.

Until his death, Baba Spirit was one of the entertainers who brought humor into Ghanaian homes.

He is well remembered for his much-publicized 2018 exhibition boxing bout with veteran boxer Ayittey Powers, which was held at the Bukom Boxing Arena in Accra and screened live on television.

Watch a video from the funeral below…