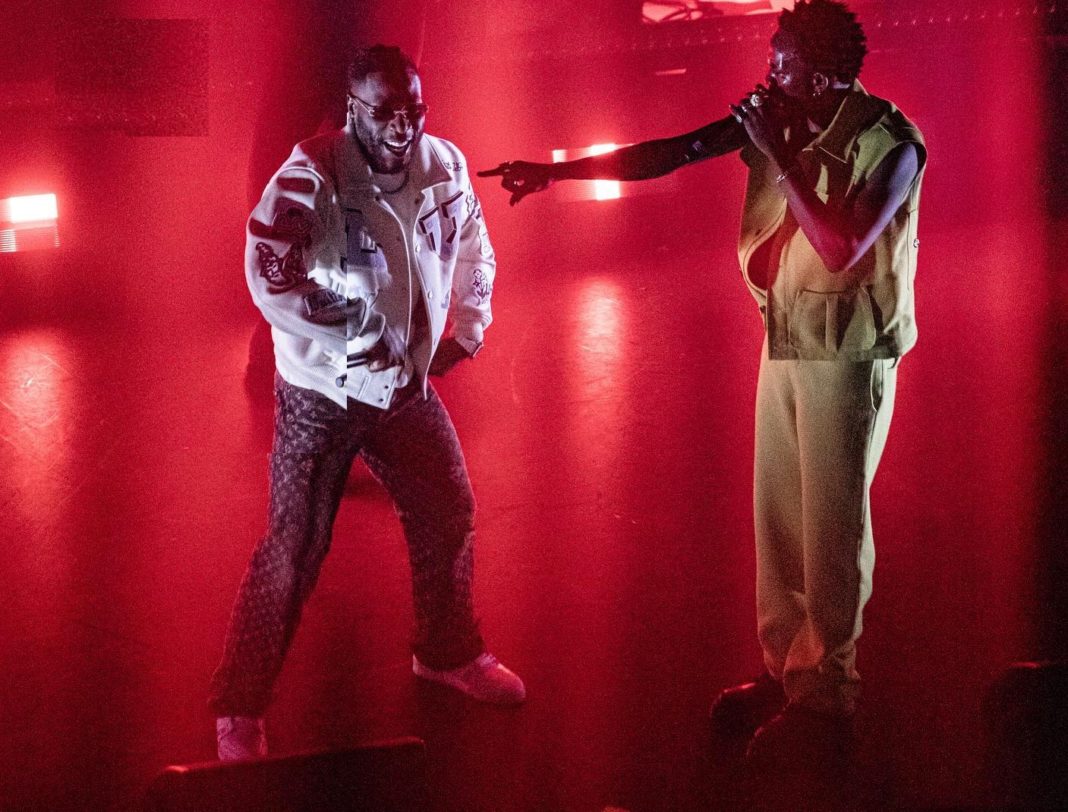 The show was the first one headlined by Blacko in London at KOKO.

READ ALSO: Kwadwo Sheldon Heaps Praises On His Granny Who Sold Her Clothes To See Him Through School As He Features In BBC Documentary

While patrons were all over the place and filled with so much excitement at the concert, the 2021 VGMA ‘New Artist of the Year’ decided to give them a double dose of the fan by bringing on Nigeria’s super-talented musician, Burna Boy.

The two musicians became close pals after Black Sherif made his big breakthrough in the music scene with his hit single, “Second Sermon.”

Following the huge success of the song and the number it garnered, Burna Boy decided to bless Blacko by hopping on the remix a few months later.

READ ALSO: Video: Akrobeto Gets A Surprise From His Sons On Live TV As He Marks 60th Birthday

In February 2022, they dropped the official video of the song and it has so far reached over 10 million views on YouTube.

This performance between Black Sherif and Burna Boy is not the first and it will certainly not be the last one because consistently, the “last last” global hitmaker, has not hidden his love, support, and wild admiration for the fast-rising artist who traces his roots to Konongo Zongo in the Ashanti.

Watch a video of their performance below…

Black Sherif Explains The Symbolism Behind The Machetes In The Second...