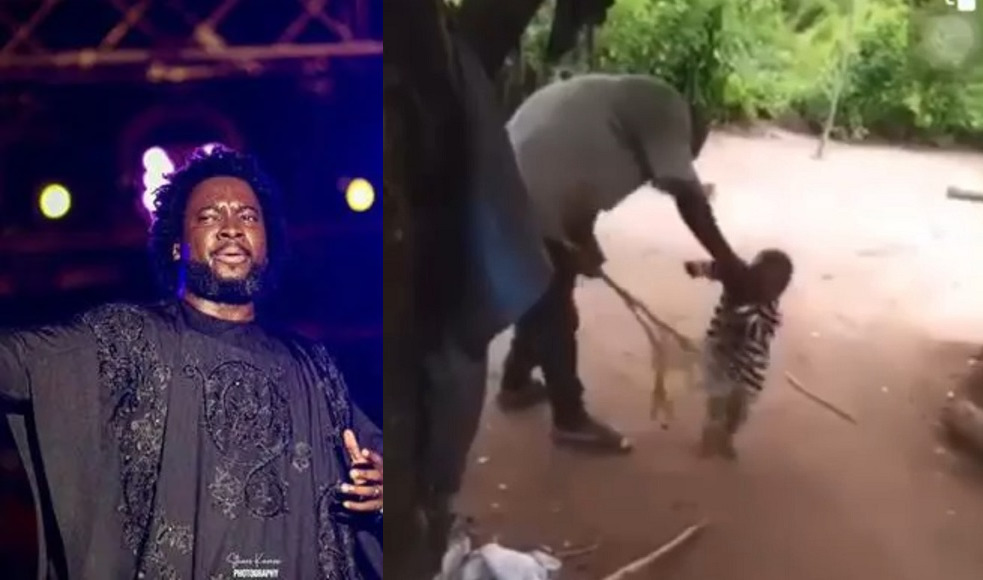 The founder and leader of Rockhill Church in a post on his Instagram page revealed that he cried when he tried watching the video and as such, he could not watch the full tape.

He went further to call on to arrest all the other people who were present during this insane act, including the one who was filming because they all acted in a rather surprising manner.

He captioned the video he shared: “I can’t play the full video as I’m already full of tears. @ghpoliceservice please arrest all three men! The one abusing the child, the one videoing it and the one sitting down.”

The disturbing video surfaced on social media in the late hours of Tuesday, October 4, 2022.

Soon after the video went viral, The Ghana Police service issued a statement and asked Ghanaians to help them find the man.

In a statement released, the Ghana Police service placed a GH2000 bounty on the man flogging the toddler in the viral video. “The Police have sighted a horrifying video on social media in which a male adult is seen subjecting an infant to severe beating under a tree.

Efforts are underway to track down the individual involved, have him arrested and rescue the child.

In view of the urgency associated with the matter, a reward of GH¢2,000.00 has been set aside for anyone who is able to provide credible information that could lead to the arrest of the individual and rescue of the child. Anyone with such information should contact the police on 0243809991″.

So far, there’s no update on the arrest of the man yet at the time of this publication.