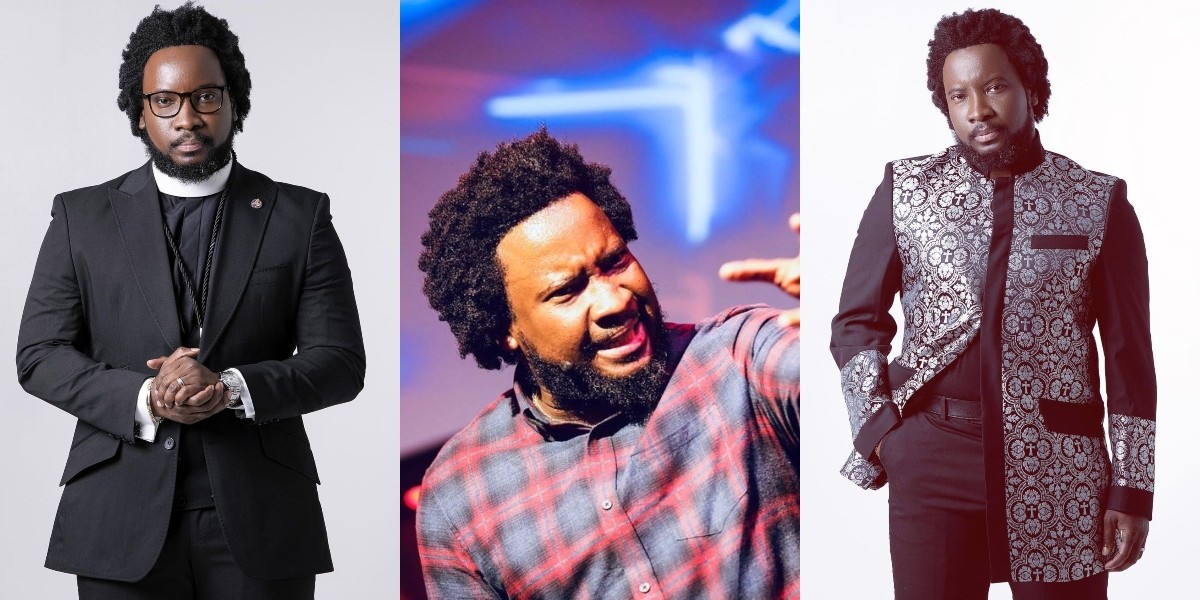 Powerful gospel singer Dr Sonnie Badu has taken over social media with a new video of himself sporting a new hairstyle kind courtesy of his daughter, Shadine Badu.

In the video sighted by Zionfelix.net, Dr Badu was seen spending some quality time with his children as he flaunted his new hairstyle.

He indicated that he was off from work and decided to spend some time with his family and this got his first daughter to also experiment with his hair.

Shadine plaited her dad’s hair in such a way that he could pass off as a pretty man save for the beard he kept that gave him a manly look.

In the video, the Wonder God hitmaker was heard teaching his children the popular folk song, Kyekye Kule.

He got his children Imani and Sonnie to sing along even though the struggled to mention some of the words in the local song.

After posting the video, Dr Sonnie Badu captioned it: “Don’t laugh Imani and Sonnie tried … it’s my day off .. as for my hair ask @shadinebadu she thinks I am a manikin … fatherhood is a blessing #khekhekule“

Many fans and followers of the gospel star took to the comment section to air their views about the video and how well Dr Badu’s children did while singing the local song.

Sonnie Badu’s ‘The Invasion Concert’ Slated For July 6 In Washington...