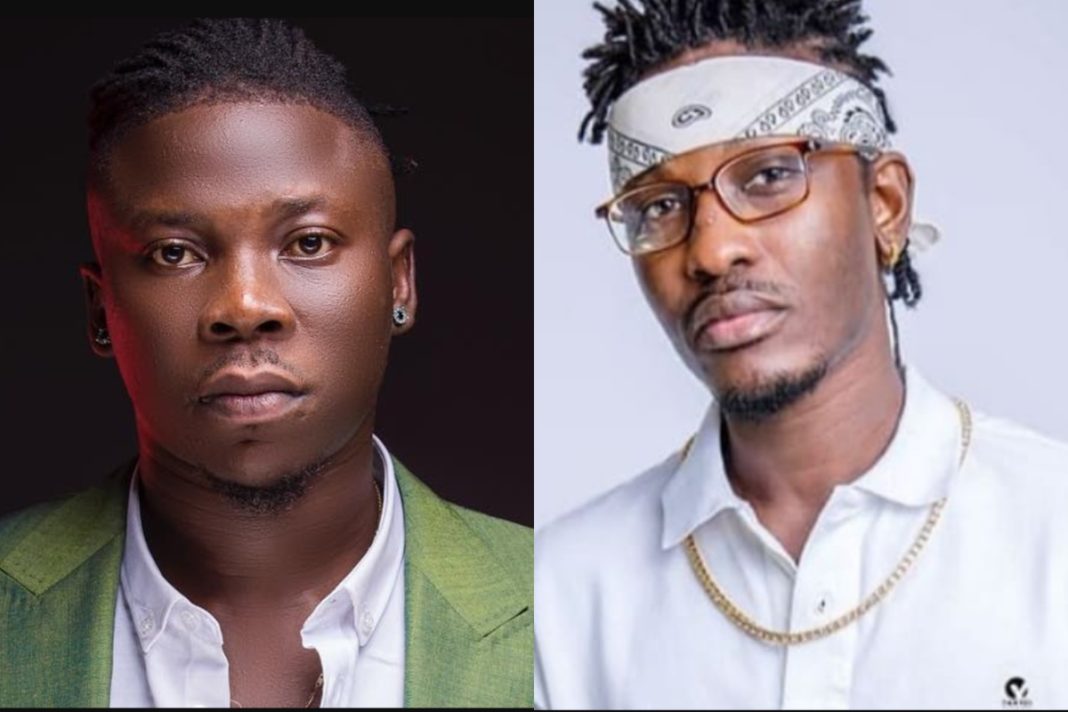 It was an unbelievable scene when veteran Ghanaian musician, Tinny finally decided to break his silence on reports that his colleague, Stonebwoy paid an amount of Ghc2000 to get his confiscated car released to him.

Tinny described Stonebwoy and Mercury Quaye as f00lish people as he reacted to the viral reportage on Okay FM’s drivetime show hosted by Abeiku Santana on Monday afternoon.

Speaking angrily about the reports, Tinny questioned why Stonebwoy who is a colleague was not tactful when the issue was brought to his attention as he entered the studio but decided to join the bandwagon and spew what he described as f00lish comments just for the trends.

He also questioned why Stonebwoy was not sensible enough to call him and inquire if what he said was even true after agreeing to help him settle the Ghc2000 he allegedly owed on live radio.

In his own words, Tinny said: ‘I saw it as just a bunch of fools, a bunch of idiots who had gotten the opportunity to be on radio. Merqury Quaye is number one, the toppest idiot. The other guy who was also speaking was also a fool. And I wasn’t expecting my colleague Stonebwoy to also be a fool. Stonebwoy also joined the fools to be a fool.’

READ ALSO: Yaw Tog Reveals The Highest Amount He Has Charged To Perform At A Show – Watch Video

To provide a little background to this issue, it will be recalled that on May 7, 2022, Tinny was reported to have charged a show promoter at Worawora in the Oti region GH¢2,000 to headline his show.

However, it was later alleged that Tinny failed to perform at the Valentine’s Day event held at Worawora Afariwa Loungeon.

The event promoter, Yaw Menkasa, therefore, told Hitz FM’s Prince Tsegah on ‘U Say Weytin’ that all efforts to get Tinny to refund the money proved futile so he reported the matter to the police.

While the show was ongoing, Stonebwoy entered the studio and offered to pay the money.

I Only Beef Shatta Wale, Not Sarkodie And Samini – Stonebwoy...