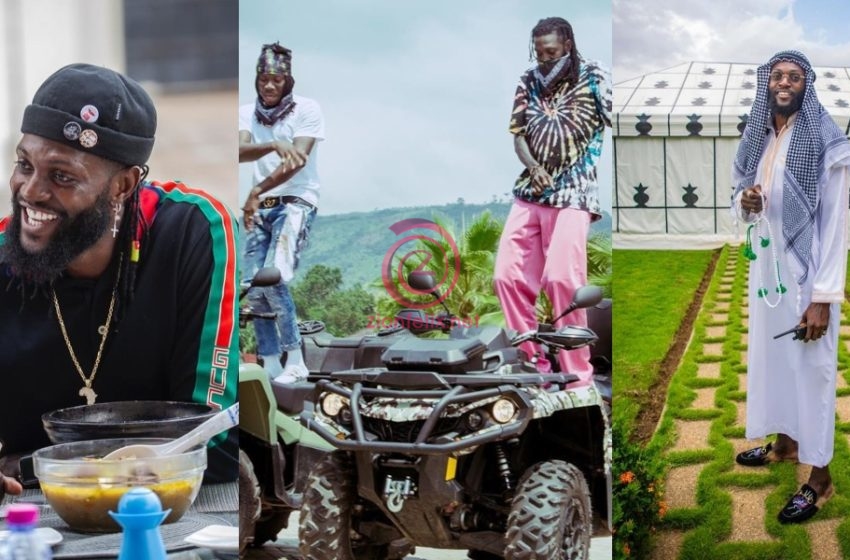 Stonebwoy is currently cooling off in Togo together with his younger brother at Emmanuel Adebayor’s house.

READ ALSO: Patapaa’s Management Speaks On Viral Reports Of His Hospitalization; Debunk Claims That He Was Poisoned ( See What They Said)

Santrinos Raphael starts playing his guitar and singing, but Stonebwoy later joins and does a few freestyles which get Emmanuel Adebayor excited.

As Stonebwoy flawlessly does several freestyles, Adebayor expresses shock as he can not believe the Putuu hitmaker can make such good music on the spot.

Adebayor later gives Stonebwoy a thumbs up for such a spectacular performance.

Stonebwoy went viral some weeks ago following the release of his Putuu song which according to musician, is a freestyle.

The song has generated a lot of buzz with many Ghanaian stars and fans of music giving their opinion on it.

Putuu has however set a number of records already on some recognized streaming websites and is sure to be in the discussion of the most popular song of 2020.