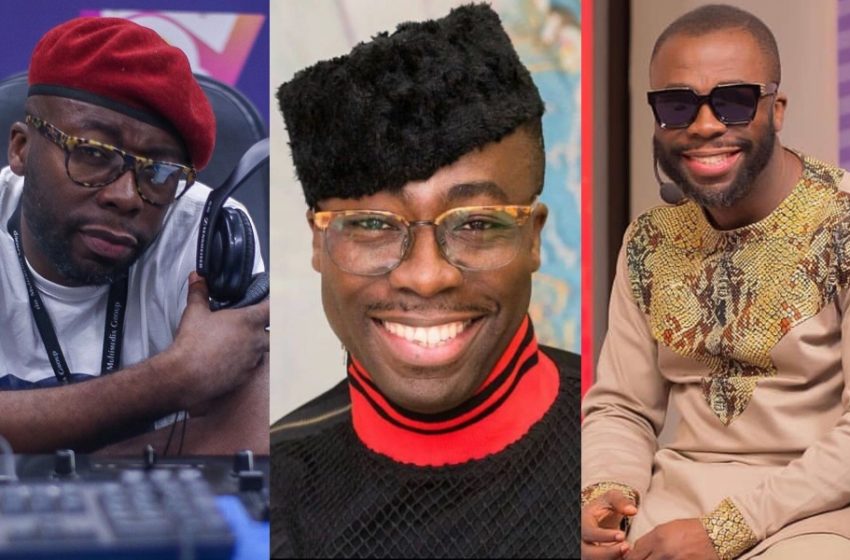 On-air personality, Andy Dosty, has finally given the general public a sneak-peak into his private life by sharing a photo of his lovely wife on the occasion of her birthday. The award-winning radio presenter, to mark his wife’s birthday which fell on July 13, 2020, took to his Facebook page to splash photos of her […]Read More

Video: He Lied, There Is No Video Of Me And

Apparently, the stories about Shatta Wale sending out his guys and a team of police officers to chase Joint 77 and bring back the Toyota Camry he bought for him when they were working together sighted on many online blogs, including Zionfelix.net are not true. This is according to new information which has come to […]Read More

Shatta Wale And Police Officers Take Back The Toyota Camry

Reggae/Dancehall artiste Shatta Wale earlier this morning clashed with one of his former Militant, Joint 77 in an interview on Hitz FM’s Daybreak entertainment review show hosted by Andy Dosty. It emerged during their fiery exchange that touched on a lot of issues that Shatta Wale got Joint 77 a Toyota Camry when they were […]Read More

“I Paid Girls To Sleep With You For Free” –

Earlier this morning, Shatta Movement boss, Charles Nii Armah Mensah Jnr aka Shatta Wale was engaged in a fiery and equally hilarious exchange with Joint 77, who has been sacked from the SM camp recently. The back and forth between the ‘father and son’ brought to little an array of issues that ordinarily should not […]Read More

VIDEO: Yaa Jackson Details Why She Decided To Repent –

Again! Yaa Jackson Disgraces Herself On Live Radio After She

After listening to the interview Ghanaian actress-cum-songstress Yaa Jackson granted Andy Dosty earlier this morning on Hitz FM, I have been wondering what she ate or was told before she went for the interview. Aside from being very elusive when she was asked simple questions she could have answered easily to make the interview an […]Read More

No Bleeding! Keche Joshua Denies Reports Suggesting He Has Been

Keche Joshua was recently reported to have started somewhere that he has been sidelined by his colleague, Keche Andrew after he became the sweetheart of the woman, who is the boss of the record label they are signed on, Joana Gyan. The revelation was made by entertainment critic and media personality Afia Papabi on Neat […]Read More

Award-winning Ghanaian DJ and radio show host, Andy Dosty has berated Kofi Asamoah for tagging singer eShun as a promiscuous woman in the wake of the back and forth with her former manager, Stephen Mensah of Quophimens Musiq. The Ghanaian movie producer/director during Peace FM’s entertainment review show hosted by Akwasi Aboagye on Saturday stated […]Read More

The resignation of Nana Yaa Brefo from the Multimedia Group Limited has come as a surprise to some of her colleagues. Some employees of the giant Ghanaian media outfit were stunned after the Adom TV presenter announced her resignation. READ ALSO: Sad News In: Another Kumawood Movie Actress Crashes To death In A Car Accident […]Read More