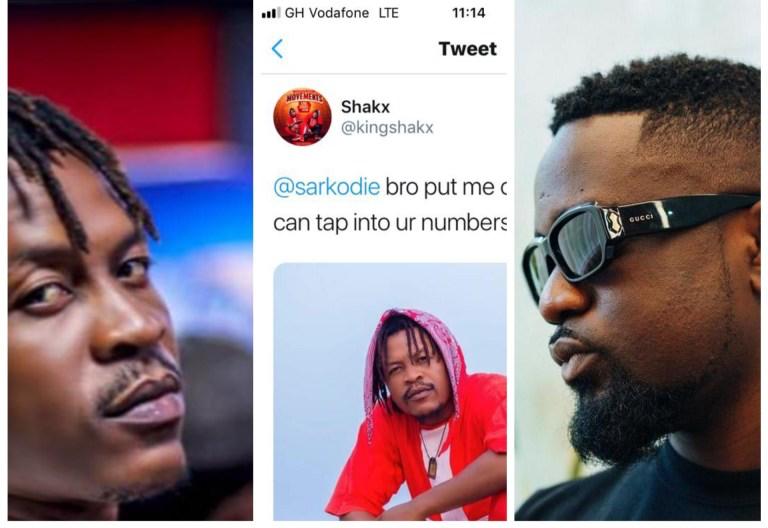 There is no denying the fact that Sarkcess Music boss, Sarkodie is one of the most popular and very respected music brands in Ghana.

Because of the clout he has in the music space, it does not therefore mostly come as surprising news when budding musicians who are very talented want to tap into his success story to also create theirs.

READ ALSO: “It Has End In Tears” – Shemima Tearfully Announces Her Current Relationship With Ali Of Date Rush (+Video)

Earlier today, KingShakx, a talented and rising hip-hop music star from Takoradi to took Twitter to literally beg Sarkodie for a feature.

In his tweet, he asked that the two times BET award winner features him on his own song to help him reach more numbers as he believes it will automatically help him to also become a recognized force in the industry.

”I have been wearing the crown as an underground artist for over a decade and I don’t think having just Sarkodie to bless me with a verse can make my dream come true as expected” he said.