Testimony Galore! Akesse Brempong, Patrons Overwhelmed By A True Life Story Of How His Songs Resurrected A Dead Baby 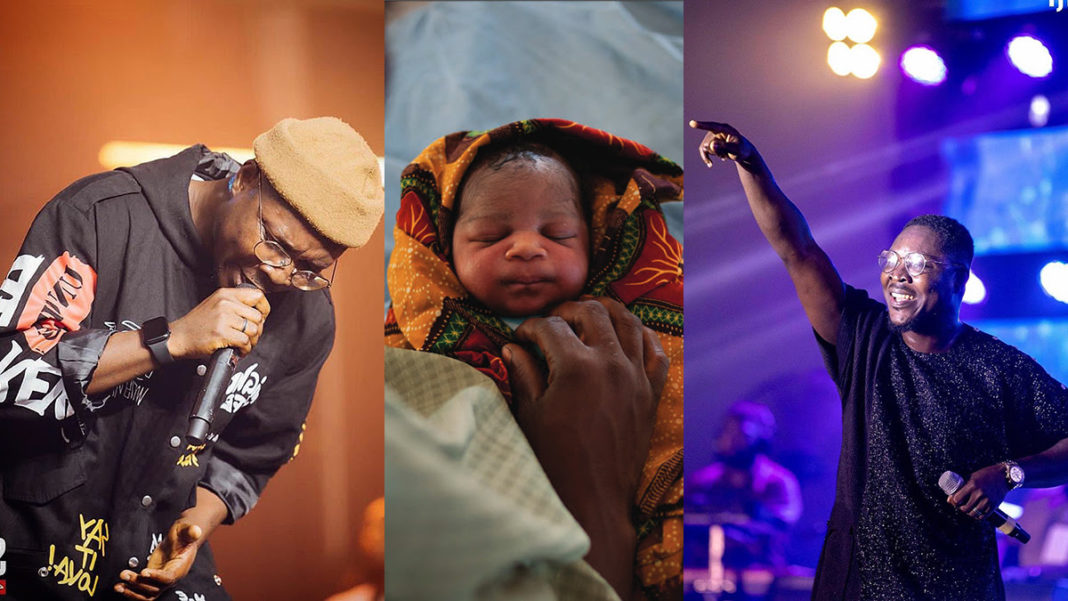 Widely renowned Gospel A-lister, Akesse Brempong has taken to his socials to share streaks of testimonies that people have encountered through his songs including a dead baby coming back to life!

Owing to the plethora of divinely inspired songs he has churned out over the years, the inbox or DM of Akesse Brempong is constantly being flooded with testimonies of all kinds.

One of such moments, however, had to do with an in-person situation where he went to minister at the New Life City chapel in Kumasi and was met with the dumbfounding testimony of a lady who mounted the stage to share with all gathered.

She narrated her true life turmoil and struggle with an ectopic rupture during her first attempt at conceiving a child which led to him losing the child and saving her own life.

After 3 years, there was another attempt at having a baby and she got pregnant against the doctors advice and defying medical orders only to be met with complications.

“My BP was on another level, I was bleeding here and there and the doctor said if I don’t feel the baby kicking in 3 days, it means the baby wouldn’t make it, We were trying every means to let the baby shake

At 33 weeks we had a placental abruption, my baby disconnected with me so we called the doctor at midnight, went to hospital and he told my husband to forget the baby so we save the wife.

They took the baby out prematurely and for about 5-minutes there was no movement, no crying, so the nurse was trying to resuscitate the baby and my husband was standing just behind the window and pulled out his phone to play your song and the baby cried”, the lady shared amidst tears of joy.

This is but one of the many other interesting testimonies that have characterized the ministry of Ghana’s Gospel Reggae and Afrobeats kingpin with a peculiar worship sound & an all round multi-genre act.