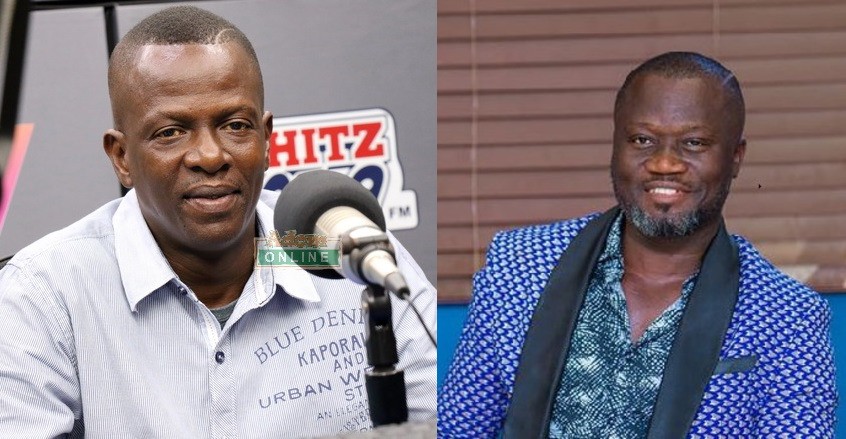 Throughout last week, it was widely speculated that the seasoned media personality and current Program’s Manager of Hitz FM, Mark Okraku Mantey will likely be named the next Deputy Minister of Tourism and Creative Arts.

READ ALSO: Princess Shyngle Officially Marries Her Bestie Of 10 Years The Islam Way After She Dumped Her Convicted Fiancé (See Videos From The Simple Ceremony)

Even though many entertainment enthusiasts have said that it will be a great appointment and a big win for the entertainment fraternity, the award-winning movie, and entertainment critic, Ola Michael expressed very contrary views on the matter.

Ola on Peace FM yesterday said that Mark Okraku Mantey should focus on the work he was doing at the Creative Arts Council for now.

He also made the point that the CEO of Slip Entertainment will not be a good deputy minister because he likes to give excuses a lot.

READ ALSO: We Tire Before! Stonebwoy Drops Throwback Photo Of His Hustle Days With Shatta Wale During His Bandana Days

His comments, which are just a representation of his thoughts have, however, angered Prince Tsegah who has taken to Facebook to blast him.

Commenting on a post on Facebook, Prince Tsegah suggested that Ola Michael was just being envious of Mark’s achievement.

The host of Hitz FM’s ‘You Say Wetin’ show further described Ola Michael as an ungrateful person who has no shame.

Bosom PYung Exposes Legon Girls Who Have Been Flooding His DM...