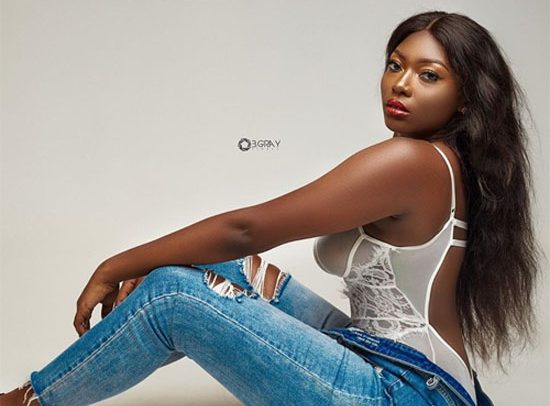 Ghanaian singer, Sefa has revealed the challenges that female musicians in the country are facing.

She was very worried in an interview with MzGee on TV3 while talking about how female musicians struggled to get attention.

The ‘Shuga’ singer bemoaned the media pay attention to artistes who expose their bodies but not those are doing amazingly well and great composers.

She indicated that the situation is compelling some people to attach nudity to their brand just to get the needed attention.

“There are a lot of people that really sing; a lot of amazing musicians. Efya is there; Efya sings but then you won’t see Efya in the blogs because she’s not grinding somebody on stage…or because she’s not exposing too much or something,” Sefa said.

Despite how talented the late Ebony Reigns was, the Black Avenue Muzik artiste averred her body and controversies garnered more attention than her music.

“When Ebony was alive, most of the news you hear had to do with controversy. And it’s not every artiste or every female musician that wants to go that line,” she stated.

“So, if I come into the industry and I don’t want to go that line, does that mean that my songs won’t be heard or you won’t push me because I’m not giving you something like that or I’ll never get to the top because I’m not doing what you want me to do?” Sefa queried.

Working With Sarkodie And Efya Was A Natural Fit – CEEK...