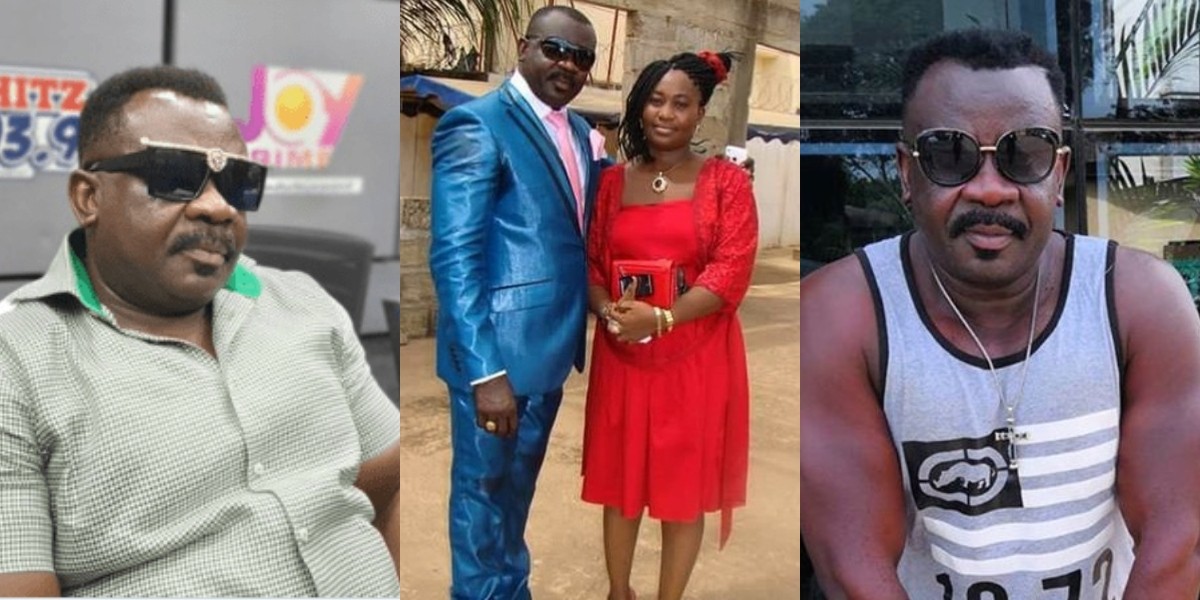 The popular actor recounted the sad incident when speaking in an interview with ZionFelix on the ‘Uncut’ Show.

According to him, his beloved wife sadly passed on due to the negligence of a doctor.

READ ALSO: Efia Odo Does Nothing Better For The Industry Apart From Removing Her “Dross” To Show To The World – DKB Fires

Koo Fori detailed that the doctor left the placenta remnants in the womb of his late wife. This gave her complications which caused her death.

He claimed the retained placenta was in his wife’s uterus for about two weeks after she was delivered of her baby.

The actor said his wife suffered before she passed on—as her intestines got damaged.

A sad Koo Fori recalled the cause of her death was revealed to him by a pathologist.

He indicated that she died two hours after they spoke on the phone when he was in the United States of America.

He broke down while talking about the incident—and told the interviewer that he doesn’t want to talk about the sad story anymore.