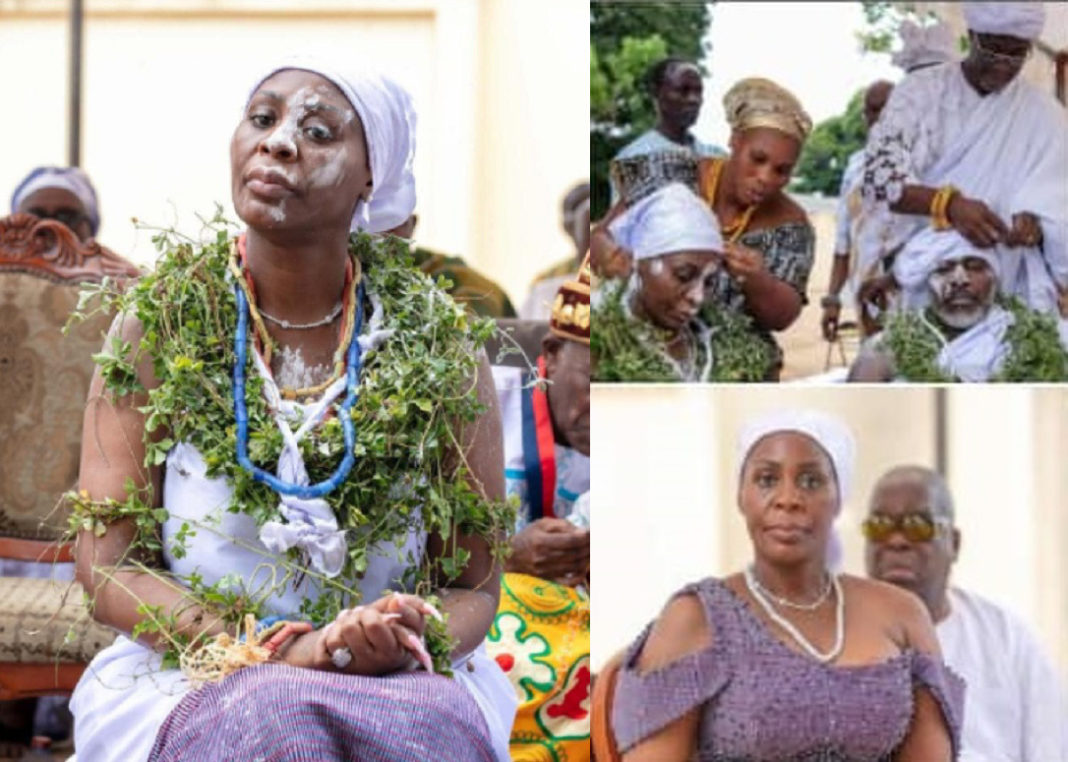 After the installation, it was revealed that Confidence would be going by the stool name, Mamaga Abui Buiekpor II.

Even though the Installation happened in April, the coronation could not come off because the traditional council was hit with an injunction.

The injunction acquired from the High Court at Sogakope to stop the coronation of Torgbiga Wenya III and Mamaga Abui Buiekpor II was however been frozen by lawyers of the Loafe and Tovie clans leadership and their allies on Wednesday, August 10, 2022.

This has made way for the coronation to come off and it started on Friday, August 12, 2022.

READ ALSO: King Promise Did Not Mind Me When I Approached Him For A Feature – Kwaisey Pee

The town was lit up but top music stars like Efya, D Black, Mona, Kenny Ice, and many other people at a Coronation Concert on Friday night.

Currently, the coronation ceremony is underway at Tegbi Beach and there are a lot of top stars in attendance to show their love and support for Mamaga.

Watch a video below…

Confidence Haugen Tells Her Daughter In The Face The Full Story...