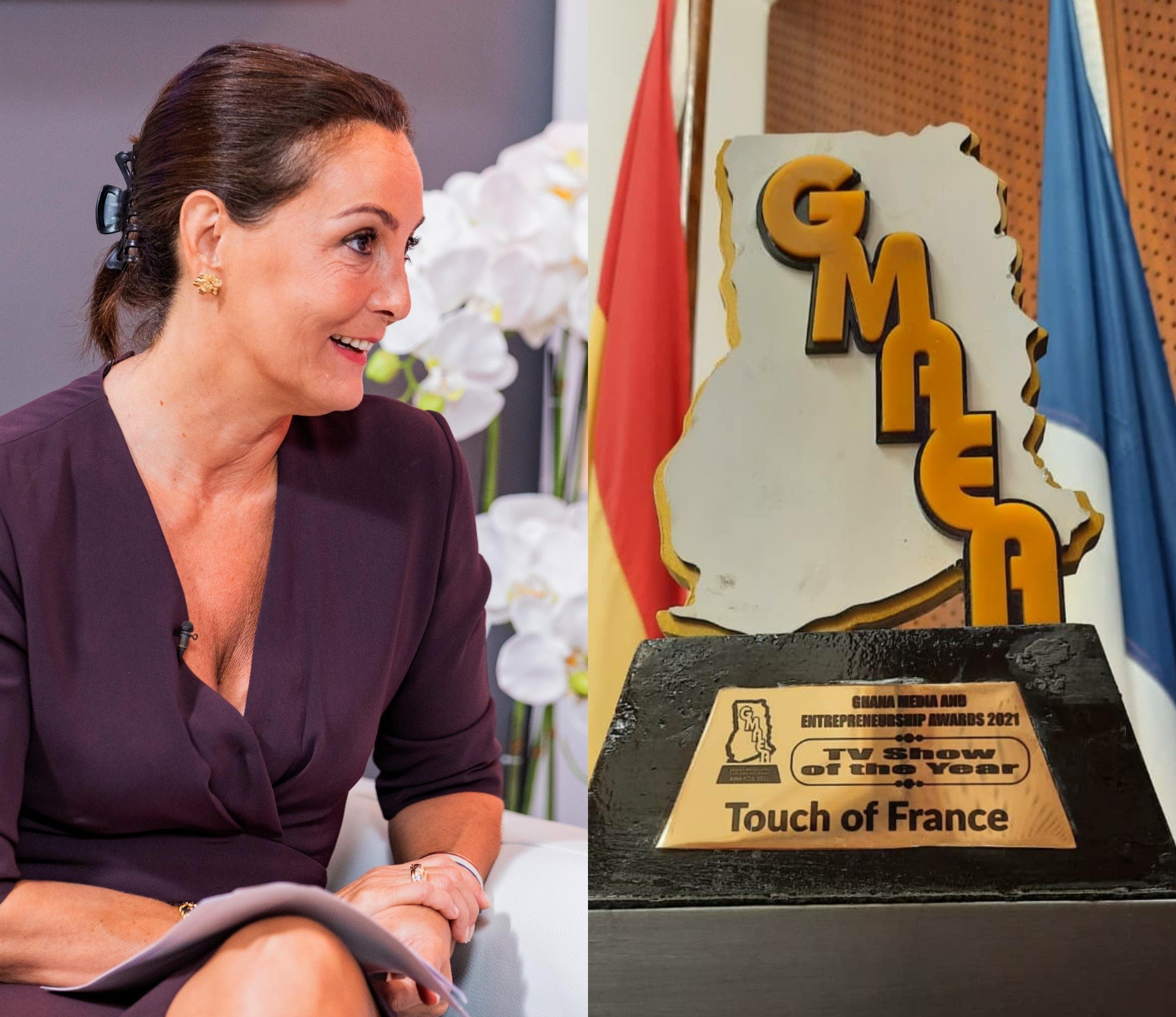 The innovative TV Show, “Touch of France”, hosted by He Anne Sophie Ave, Ambassador of
France to Ghana, was awarded “TV show of the year” at Ghana Media and Entrepreneurship
awards ceremony.

“Touch of France” is a weekly infotainment showing French culture and language and also
showcases the cultural exchange between both countries. Each episode addresses a
different theme and explores the contribution of France to the said them. The programme
also unveils the collaborations of France with Ghana in relation to the theme of the week.

Season One, which aired from November 2020 to February 2021, highlighted diverse themes
ranging from football, health, fashion to gastronomy, business, music or holidays.

Currently in its second season, another set of areas like literature, cars, SDGs, heritage, diplomacy,
languages or dance are the focus of discussion and currently airs on GHOne, Metro TV and
OMY TV.

What makes the show popular is the choice of addressing the subjects with invited Ghanaian
celebrity guests who share both their views on the theme of the episode and their
experience of France and the French language.
Season One featured beloved Ghanaian stars like Sarkodie, Becca, Bola Ray, Anita Erskine,
Marcel Desailly and Abedi Pele, Juliet Ibrahim, among many others. The special final episode
hosted no other than HE Nana Akufo-Addo, president of the Republic of Ghana.

Each episode concludes with an interactive quiz challenging viewers with the French
language and offers rewards from dinners in a French restaurant to a round trip to France!

Touch of France, every Sunday at 12.30 pm on GHOne; 1pm on Metro TV and 1pm on OMY TV
All replays available on https://youtube.com/c/TouchofFranceGH
For more information or ITVs, contact 0248633373