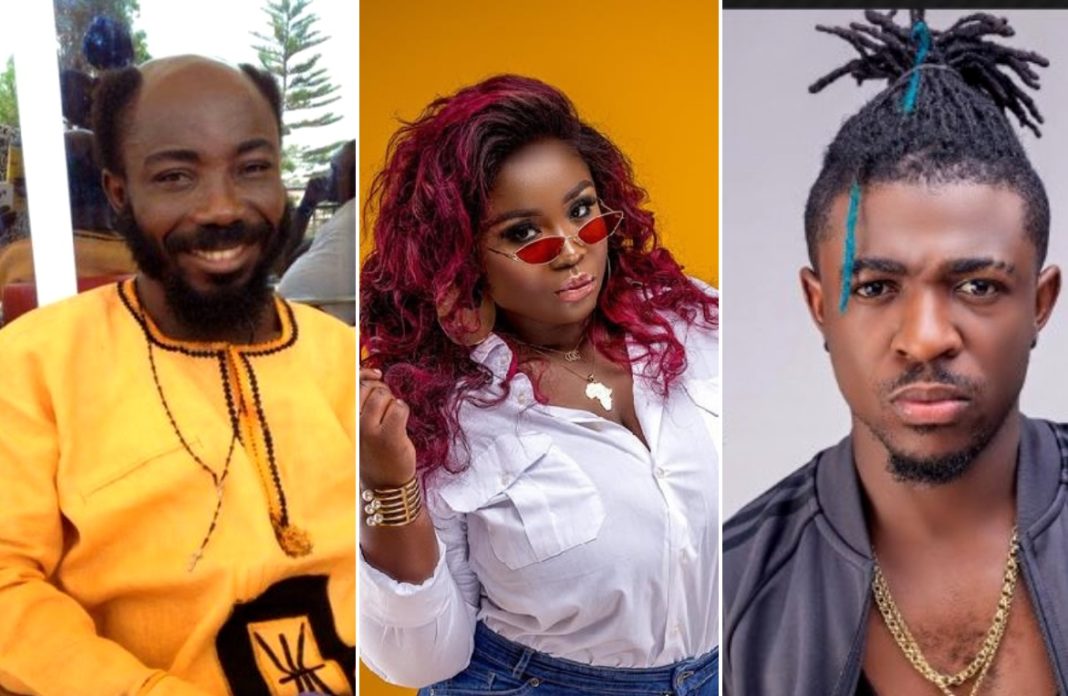 In the heat of Big Akwes’ attack on his colleague, Frank Naro, the former alleged that the latter and actress Maame Serwaa were lovers some time ago.

Big Akwes angrily stated that Frank Naro should have used his ex-lover, who is alleged to be Maame Serwaa for the supposed money rituals he was trying to use some Kumawood stars like himself for.

Even though Maame Serwaa has been very quiet on this issue ever since it surfaced online, the ‘Abena’ hitmaker in a recent interview with Zionfelix disclosed how she felt about the whole brouhaha.

According to Frank Naro, the allegation greatly affected Maame Serwaa.

He revealed that after the former Thunder TV presenter made the allegation, Maame Serwaa called her on phone and throughout the conversation, he realized that she was totally down.

The ‘Koom’ crooner further stated that Maame Serwaa is only her best friend and nothing more and that nothing anyone will say or do, can destroy their kind of friendship.

Share
Facebook
Twitter
Pinterest
WhatsApp
Previous article
Yes, I Cheated On My Current Girlfriend – Kalybos Confesses
Next article
Frank Naro Discloses How Big Akwes Reacted When He Called Him After He Made Wild Allegations Against Him – Watch Video
- Advertisement -

I Broke Up With Kwaku Manu Because Of Money – Actor...