VIDEO: Check Out The Moment Rev Obofour And His Bodyguards Landed At Bishop Obinim’s Father’s Funeral In Style 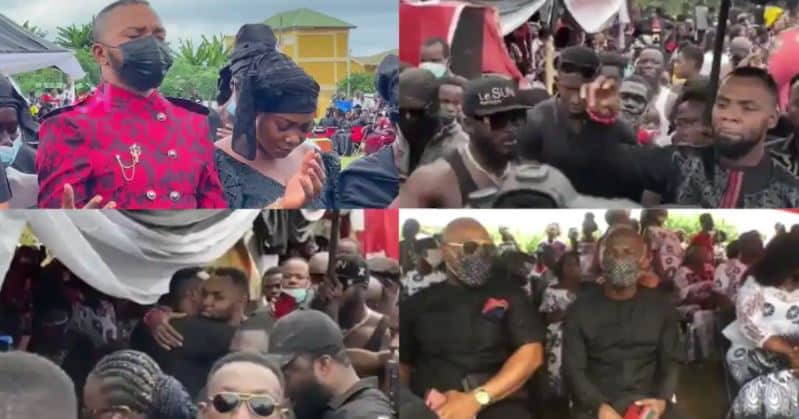 The Leader and Founder of Anointed Palace Chapel, Rev. Obofour Antwi, and his well-built bodyguards stormed the final funeral rites of Bishop Obinim’s father in style yesterday, August 28, in style.

Rev. Obofour was recently announced as the Chief mourner of the funeral and as a sign of good faith, he made an appearance to mourn with his colleague in the ministry.

Even though the two preachers have had some issues in times past, they recently settled their differences after the leader of Anointed Palace Chapel, Rev. Obofour called Bishop Obinim on national television to ask of the date of his father’s funeral just to be sure of the date he was going to honor the official invitation to be chief mourner.

From the video available to zionfelix.net, Rev Obofour and his bodyguards, who were clad in black outfits made sure their presence was known when they showed up at the funeral in their numbers.