VIDEO: Empress Gifty Mobbed By Fans As She Storms Her Hometown Ahead Of Her Much-awaited #TREC22 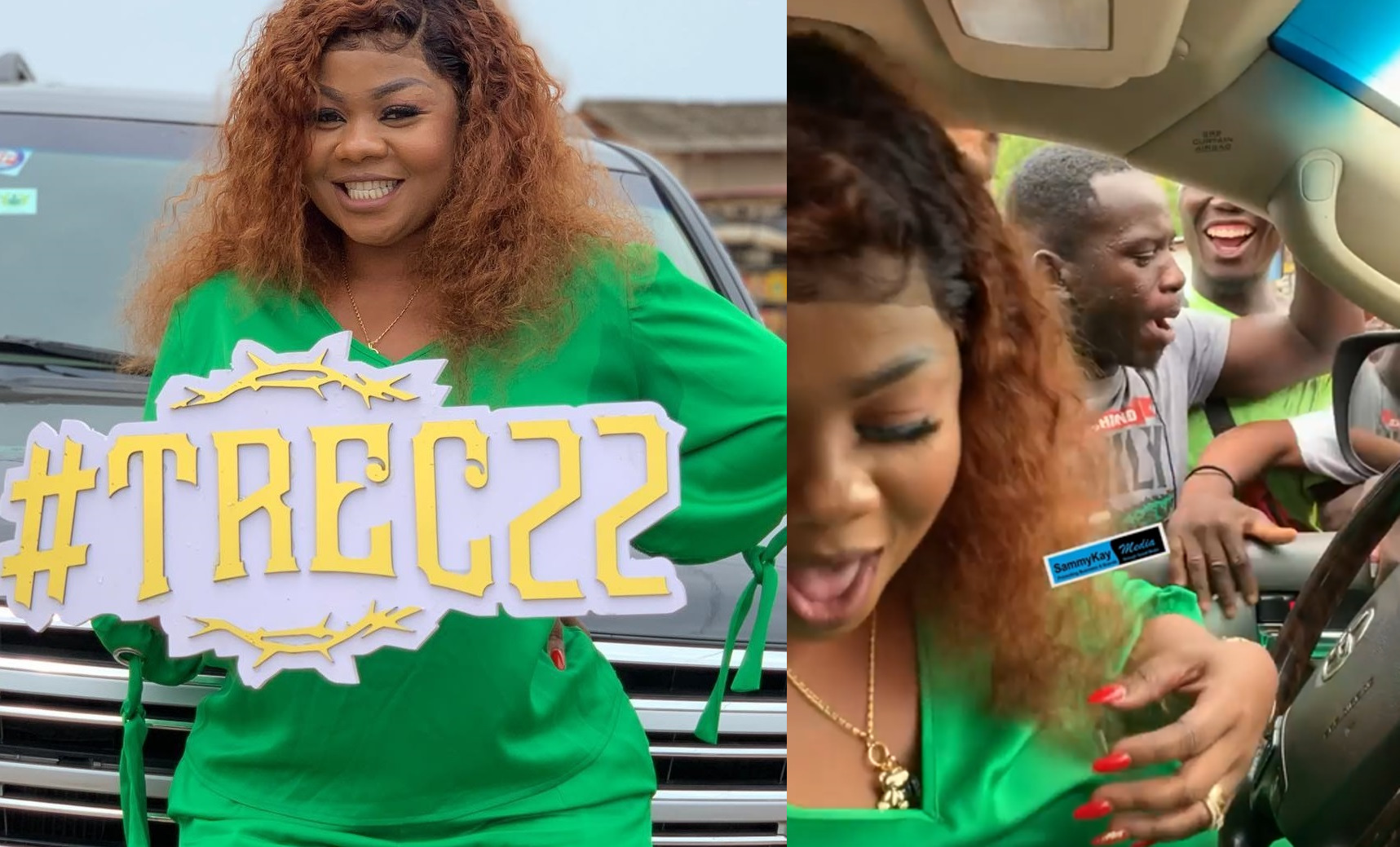 As part of the preparation, Empress Gifty chose today, April 13. 2022, to officially invite the respected chiefs, elders, and people of her hometown, Senya Beraku in the Central Region to the concert which is expected to go live come May 1, 2022.

Before she finally arrived at the palace to meet the chiefs and elders, Empress Gifty was mobbed by the town folks on the streets.

The young men and women of the town who had lined up by the streets to obviously welcome her could not keep their hands off her and the car as she tried to make her way into the town.

READ ALSO: ‘I Need A New Lexus Jeep’ – Says Moesha Bodoung As She Reacts To Concerns About Her Mental State

Many of them were heaping praises on her and cheering her for all she has done in the music industry over the years.

Well, Empress Gifty could not watch all these ‘fans’ go waste and as such, she dipped her hand in her bag and dashed them some cool cash.

Watch the video of the moment below…