VIDEO: I love you and you’ll give me all of your properties when you taste my thing – Dr Likee proposes to Delay 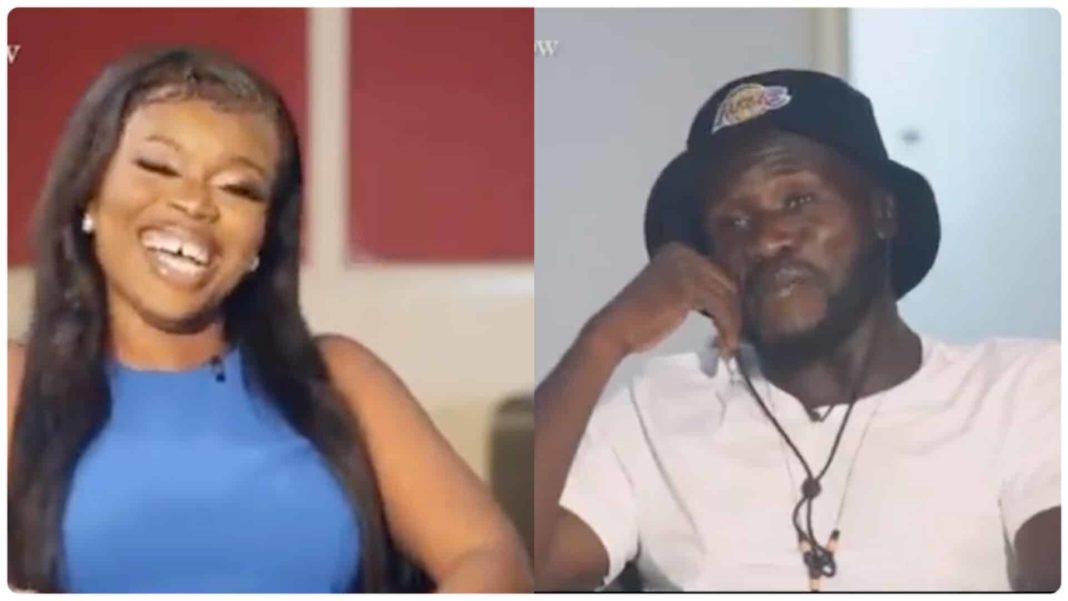 Ghanaian comic actor and skit maker, Aka Ebenezer aka Dr. Likee has openly expressed his ardent desire to begin a romantic affair with Delay.

Speaking in a yet-to-be fully premiered interview with the award-winning radio and TV show host, Dr. Likee vehemently dismissed the tag associated with his brand that he’s a serial womanizer.

READ ALSO: Shugatiti Discloses How She Was Ordered To Stop Using P3nis And Vj@yj@y Shaped Pots At Her Restaurant – Watch Video

He went on to allege that he’s even single at the moment and ready to mingle.

Describing the type of woman he wants to date and hopefully marry in the future, Dr. Likee didn’t waste time nor hesitate to pin Delay as the woman of his dreams.

According to the movie and YouTube star, if only Delay would give him the chance to show her pure undiluted love, his dream will be fulfilled.

Dr. Likee whose sense of humor is out of the world further bragged about his bedroom prowess and how no woman can defeat him as far as he’s concerned.

He hilariously told Delay that he’s blessed beyond measure in between his legs she will become obsessed with him the very day they warm the sheets.

You’re my type, you will give me all your properties if you taste me once. “Try street boy like me for once, and you would always love it,”

Delay blushed throughout the short period Dr. Likee tried to woo her with his sweet words.

I swear can’t wait for this interview 😂😂, Aka Ebenezer Vs Delay 😂😂😂 i tear herr #TheDelayShow2023 pic.twitter.com/3HwVj2WwWJ

Meanwhile, it’s wildly alleged in the media that Delay is in a secret affair with Amerado.

The two celebrities have consistently given fans clues that there’s something amorous going on between them notwithstanding the fact that they claim to be just mere friends.

W@r Of Opinions As Fan Tells Delay To Cover Her Front...