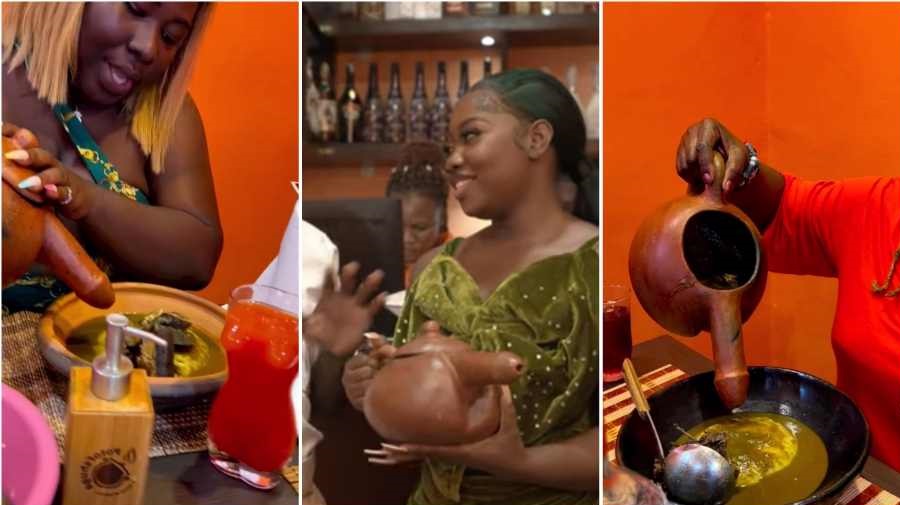 Ghanaian socialist and proud nudist, Shugatiti, caused a huge frenzy on social media the day she opened her restaurant, Pot of Shuga.

The opening, which took place on Saturday, August 6, 2022, saw netizens speaking a lot about the type of pots Shugatiti decided to customize and use for the sale of food at the restaurant.

When she was questioned about why she will do such a thing, Shugatiti indicated that it was because her restaurant had some kind of expl!cit touch to it.

Well, in recent times, those pots have not been seen at the shop, and in a recent interview with Kwaku Manu on the latter’s ‘Aggressive Interview’ show, she revealed why.

According to her, the Ghana Tourism Authority served her a letter ordering her to desist from using her controversial and sekually suggestive pots.

READ ALSO: Kennedy Agyapong ‘cries’ on live TV as his own NPP people accuse him of dealing drugs; Names the big man who’s behind the fake report

Shugatiti also revealed that the Ghana Tourism Authority told her that the use of those pots meant that the place was not safe for children.

“Ghana Tourism Authority served me a letter discouraging me from the use of my penis-shaped pot. They indicated that it isn’t safe for children. So now, we no longer serve with those pots…ever since I opened my shop, government officials have been disturbing me. You can’t operate a business in Ghana if you’re not strong,” she revealed.