VIDEO: ‘My Daughter Is Not Married’ – Yaa Jackson’s Father Speaks On Viral Photos Of Her Alleged Marriage 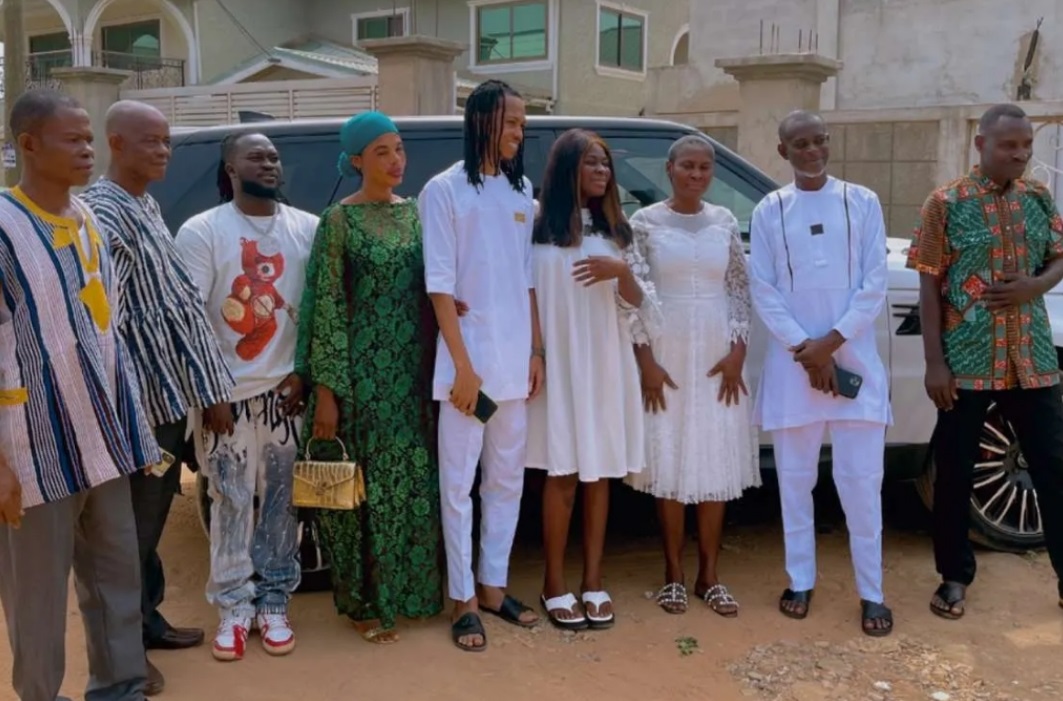 Some photos of the alleged marriage surfaced on social media on Saturday, December 24, 2022.

In those photos, the parents of Yaa Jackson and those of her boyfriend who is known on social media as Manuelgh were together at the home of the ‘Tear Rubber’ hitmaker and it appeared that the photos were taken after some sort of ceremony had been taken place.

In sharp contrast to this perception in the media space, the popular director and producer in an interview with Zionfelix on the ‘Uncut’ show revealed that the meeting between the two families was not about marriage at all.

According to him, he only requested that the gentleman brings some members of his family to formally meet himself and his wife because he has been dating his daughter for some time now.

Director Jackson added that if there was any time when the two young lovers were going to get married, it will be in Kumasi where their family is based, and not Accra, where they met and had the photos taken.