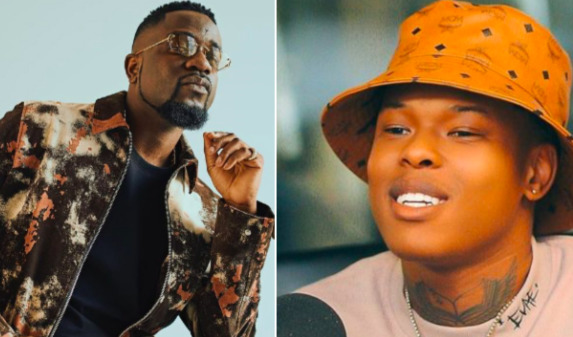 The CEO of Sarkcess Music, Sarkodie, has decided to sign out of the year 2022 with some vawulence.

The award-winning rapper has dropped a diss track for South African rapper, Nasty C, as a reply to some of the claims the latter made in November 2022.

Sarkodie titles this latest single ‘Landlord’, a clear indication that he has finally accepted the recent accolade given to him by some of his top colleagues in the industry and music lovers.

The song which is produced by Fistola has the rapper who is arguably Africa’s most decorated with regards to awards addresses the pain Nasty C claims he felt after Sarkodie snubbed him some time ago.

READ ALSO: Meek Mill Pleads For The Release Of The Gentleman Who Allegedly Stole His Phone

Sarkodie pointed out that contrary to the claim of the ‘Lemons’ crooner that he reached out to him for a song recently, he has never done that.

For those who do not recall what really transpired, back in November, Nasty C revealed during a freestyle on Metro FM’s The Touch Down that he turned down two feature requests over the years because he held a grudge against Sarkodie after their first encounter.

According to him, Sarkodie would not shake his hand the first time they met hence holding a grudge against him and promising never to give him a verse should he grow into a man.

Sarkodie Shares Video And Photos Of His Surprise Birthday Party