VIDEO: Sarkodie Surprises Stonebwoy At Bhim Concert 2022 As He Joins Him On Stage To Perform 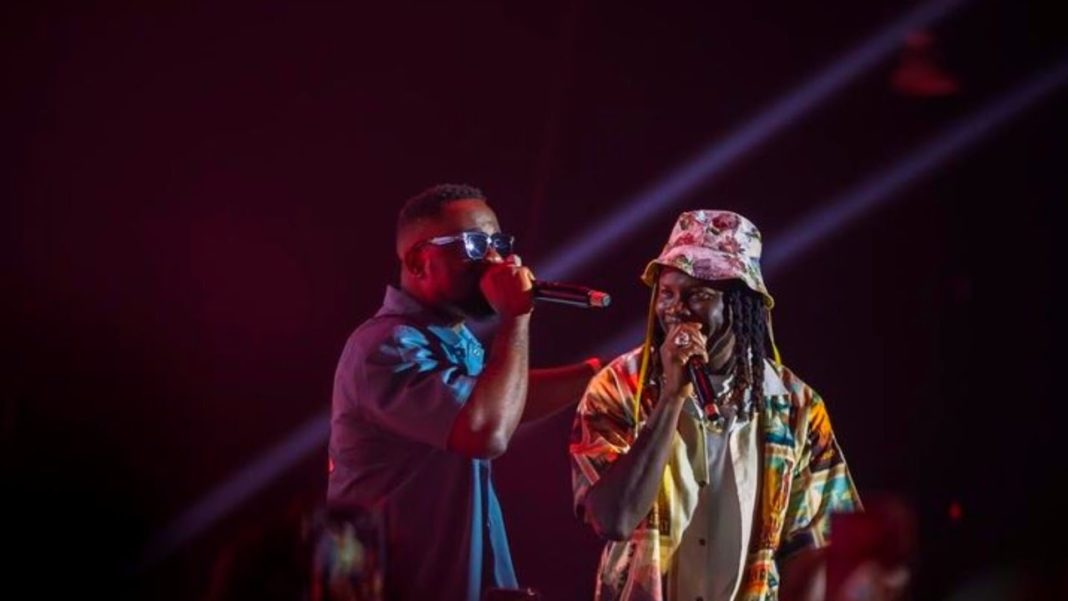 Burniton Music boss, Stonebwoy had the 2022 edition of his annual Bhim Concert on Friday, December 23, 2022, at the Grand Arena of the Accra International Conference Center.

As always, Stonebwoy headlined in style and gave all his fans and music lovers who paid huge sums of money to be there a night they will cherish forever.

The sixth edition of the event which also had the multiple-award-winning Jamaican music star, Busy Signal, as a co-headliner will certainly go down in history as one of the best of the artists.

The night saw performances from top stars in the music space like Efya, Laruso, Epixode, Yawtog, Vanilla Music, and FBS.

The aforementioned names were ones the patrons were already expecting to mount the stage as they were announced, however, the fans got a big surprise on the night when the ‘Landlord’ of the Ghanaian music industry, Sarkodie, pulled up on stage to perform with Stonebwoy.

Even though the two musicians had a fallout back in 2020, it is pretty obvious now that they have buried the hatchet and gone back to the days of being the best of friends.

They teamed up and gave the patrons of the show a spectacular performance by thrilling them with all the songs they collaborated on.

Enjoy the video of Sarkodie and Stonebwoy‘s performance below…

Richie Claims Davido And Wizkid Are Bigger Than Sarkodie, Check Out...