VIDEO: “I Am Sorry” – King Promise Apologizes To Fans As ‘Promise Land’ Concert Fails To Start On Time 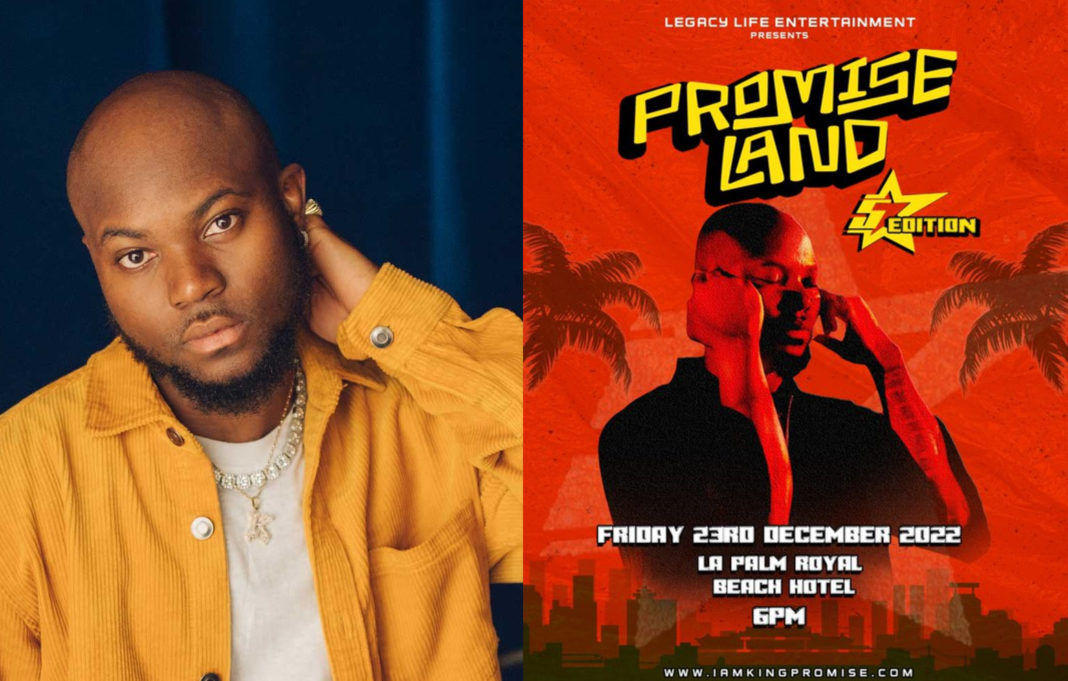 Award-winning Ghanaian musician, King Promise, was full of apologies when he finally mounted the stage for the 2022 edition of his annual Promiseland concert.

The Legacy Life Entertainment signee n various flyers for the show and the ads for the show had indicated that the show will start at 6 PM on Friday, December 23, 2022, at the La Plam Royal Beach Hotel in Accra.

READ ALSO: VIDEO: Sarkodie Surprises Stonebwoy At Bhim Concert 2022 As He Joins Him On Stage To Perform

Unfortunately, the show did not start at the advertised time.

This caused some of the fans who had purchased tickets for the show to take to social media to express their disgust.

Some of the people who got to the venue for the concert earlier in some videos they shared on social media questioned where the stage that was supposed to be used for the various performances was not even ready as late as 10 PM when the show was originally supposed to start at 6 PM.

Some netizens even went as far as attributing all of the mishaps of this concert to the failure of the ‘CCTV’ hitmaker to show up at the Wizkid show at the Accra Sports Stadium some weeks ago.

Well, despite all the delay, the show finally came off and from what we gather, it started around 1 AM on Saturday, December 24, 2022.

One beautiful thing which happened before King Promise started his performance was the manner he offered an unqualified apology to the fans for the delay.

According to him, the delay was caused by some unforeseen circumstances which were beyond their control.