VIDEO: My Fallopian Tube Is Damaged – McBrown Emotionally Reveals Why She Got Pregnant Through Artificial Means 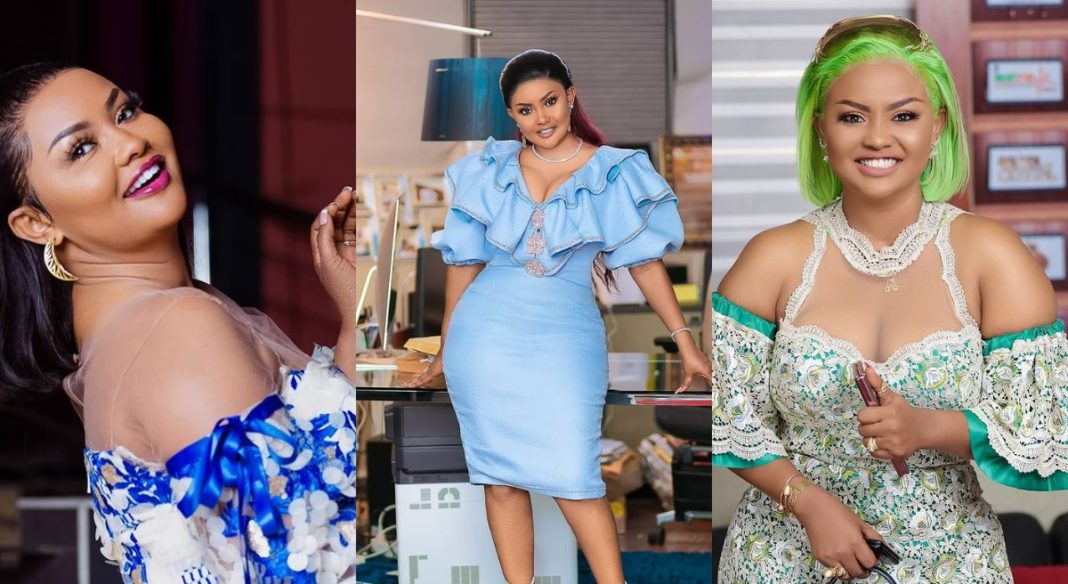 Screen goddess, Nana Ama Mcbrown has recounted the sad story of how he fallopian tubes got damaged and had to be removed surgically before she was finally able to get pregnant in a recent interview.

Speaking with Naa Ashokor on one of the editions of the ‘We Got This Africa’ show, an emotional Nana Ama Mcbrown disclosed that she once had a problem with fibroids.

Due to this, surgery was performed to remove them which was why it took her that long to finally get pregnant.

The host of UTV’s ‘United Showbiz’ show sadly also recounted that before she started her IVF, or in vitro fertilization procedure to finally get pregnant, another surgery was performed on her to also remove one of her fallopian tubes because it was damaged.

Nana Ama Mcbrown disclosed that this was the very first time she was making this revelation on any platform, however, she felt it was very important to tell the world this emotional story because she believes a lot of other women are in similar situations and they do not know what to do.

“I am saying for the first time, my tubes one of them was damaged and they had to take it off. I shouldn’t have said this but Naa a lot of women are going through this. Mine, I have gotten a result, I have gotten Maxine and what I wanted,” she said

The award-winning actress added that people must hear this so that they understand that when it comes to their struggles with getting a baby, they are not alone.

Watch the emotional video below…

Sarkodie Is Not A Celebrity, McBrown Is Influential And Is A...