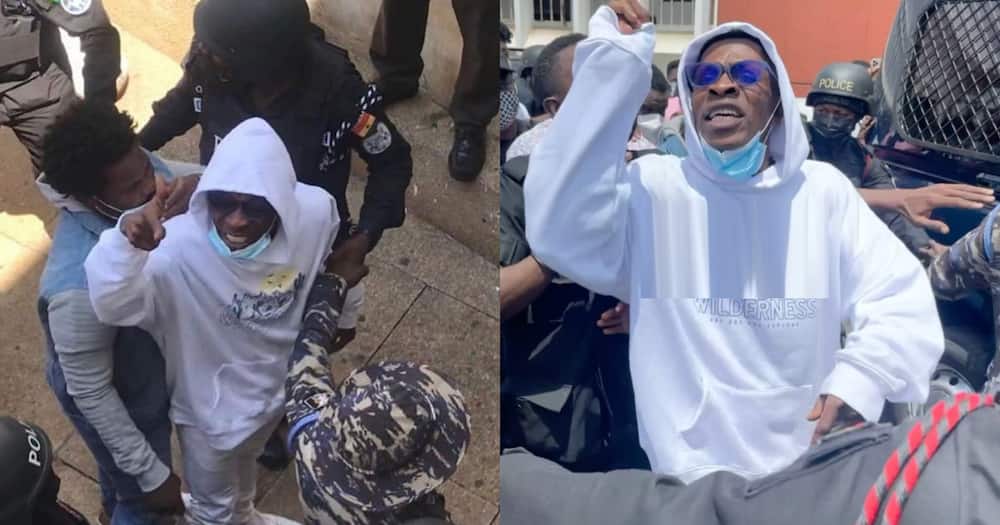 A video of popular Ghanaian musician, Shatta Wale angrily telling the new IGP to make sure he arrests any entertainer who misbehaves has made its way online after he was remanded by an Accra High court yesterday.

The award-winning musician and two of his boys were arrested in connection with the alleged fabrication of a story purporting him to have been shot by an unknown assailant on Monday night.

Apparently, prior to his arrest, Shatta Wale had taken to social media via a live video to tell the new IGP, Dr. George Akuffo-Dampare to make sure he arrests any entertainer who f00ls and put them in prison for at least two to three months.

According to Shatta Wale, this will afford these entertainers to learn some street sense and make them understand the struggles people who have been imprisoned go through.

READ ALSO: Amerado Finally Gets The Chance To Be C0zy With Delay After She Bounced Him During A Recent Interview – Watch Video

Well, it appears he has sadly become the scapegoat in this particular case. Watch the video below