VIDEO: ‘Sarkodie Is The Greatest Rapper Ever’ – Nana Aba Anamoah Asserts In Fresh Video As She Jams To His Song 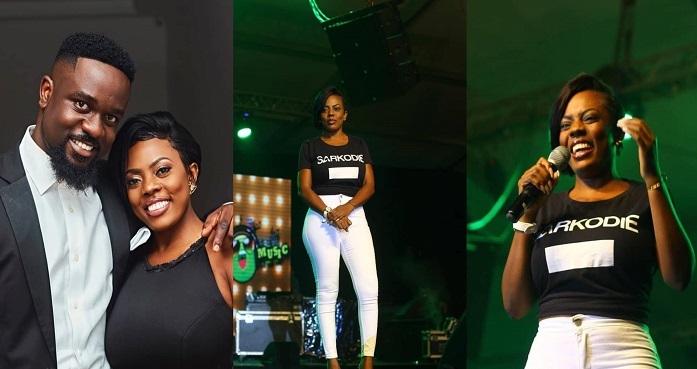 The award-winning media personality made this declaration when she was jamming to Sarkodie‘s ‘Hello’ song that features KiDi in the studios of Starr FM before she hosted the general secretary of the ruling NPP on the Starr Chat show.

Reacting to the video, Sarkodie quoted the tweet with love emojis to show his appreciation to Nana Aba Anamoah for this great accolade.

This declaration of Nana Aba Anamoah does not really come out as shocking news because she is one of the many who can be described as the die-hard fans of the musician.

Over the years, she has shown her undying love for the craft of Sarkodie in diverse ways and she has never been shy to do this in public.

VIDEO: Humbling Moment Sarkodie Knelt Down Before Obrafour As He Made...