VIDEO: Your mechanic will set up your car to k!ll you; Prophet tells Afia Schwar during a prophetic session as he delivers her 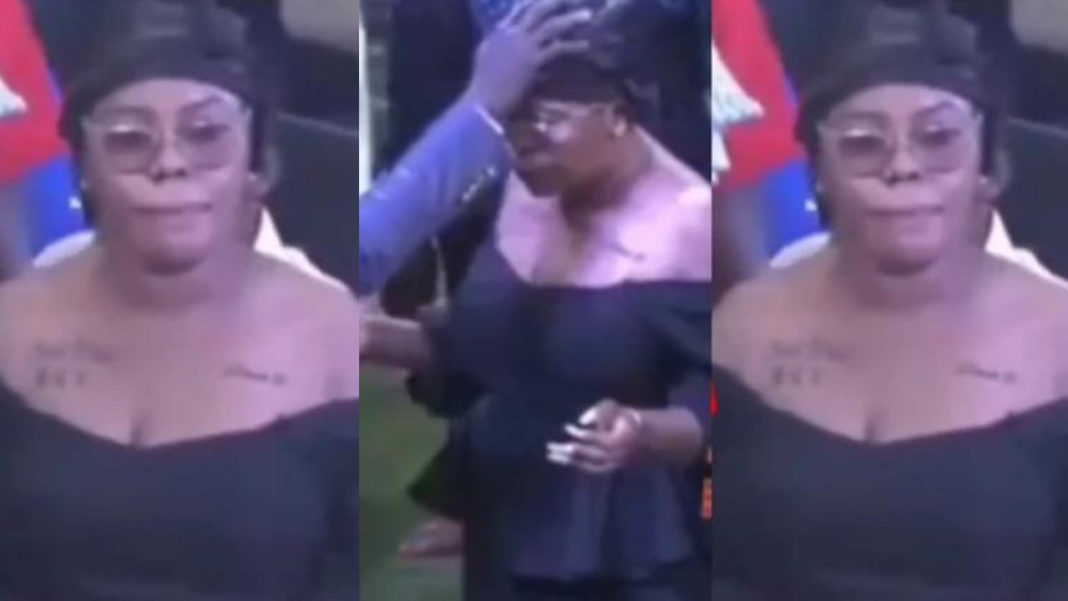 During a prophetic session, Dr. Ogyaba, a well-known man of God revealed that the devil has laid evil plans against Afia Schwar which will make her lose her precious life through a gory accident.

As alleged by the man of God, Afia Schwar’s enemies will connive with her mechanic to set her car up for an accident.

After the pastor exposed the evil plans the devil had in the pipeline for Afia Schwar, he averted the impending calamity which was waiting to befall the comedienne.

He later laid his hands on the socialite to pray for her and during the prayers, Afia Schwar fell to the ground. According to him, it’s a spiritual attack and the mechanic doesn’t know about it personally.

Dr Ogyaba disclosed the trap for Afia Schwar by mentioning the phone number of the alleged mechanic.

In a video from the scene which has landed on the internet, he can be heard saying;

“Give her the number, this number, it belongs to someone, they will trap you and this is how it will go“

“It will be like someone who is fixing the car, have you heard the name Francis Boateng, if you haven’t heard the name don’t worry. That person will be fixing your car but they will make the person do something that will affect the car that will land you somewhere for your enemies to laugh at you,

Afia Schwar later called the mechanic and told him to immediately stop working on her car.

“Kwadwo pls my car someone says he wants to buy it so pls stop fixing it and go and park it in my house, I will send you money thanks,”

Afia Schwarzennegar Drives Her Daughter In A Rolls Royce As She...