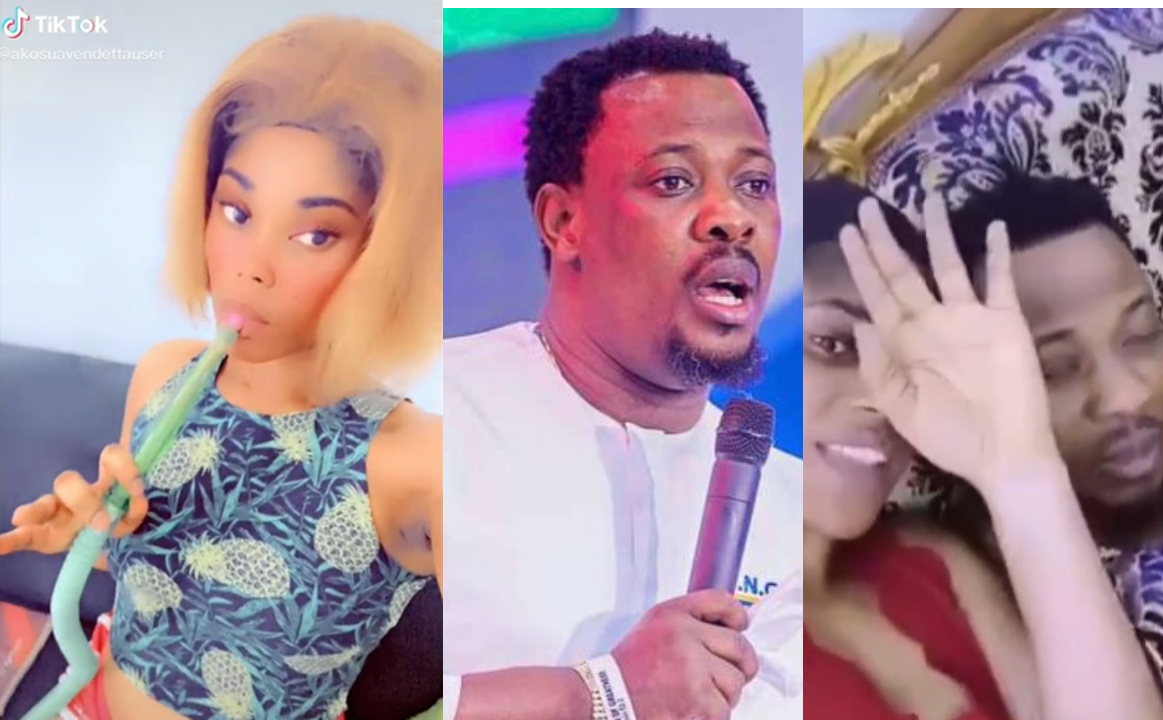 A video that captures controversial Ghanaian prophet, Nigel Gaisie in bed with a young lady without any shirt on surfaced online last night and caused a lot of buzzes.

Many of the folks on social media began to react to it and express no surprise at all that it was Prophet Nigel Gaisie in the video because according to many of them, he has a penchant for such controversies.

READ ALSO: Prophet Nigel Gaisie Reacts After A Shirtless Video Of Him Chilling With A Young Lady On Bed Hit Social Media

Well, the leader of the Prophetic Hill church has come out to clear the air and state the lady who is known as Sandra Mantey in real life is just his niece because she is the daughter of his biological sister.

While the truth in this statement from Prophet Nigel cannot be verified at this moment, zionfelix.net has chanced on some videos of the young lady who goes by the username @akosuavendettauser on TikTok.

The videos clearly show that the young lady is one who knows how to have fun the worldly way as she is smoking shisha and tw3rking wildly in some of the videos.

Below are just five of the videos we picked from her page. Watch and tell us what you think…