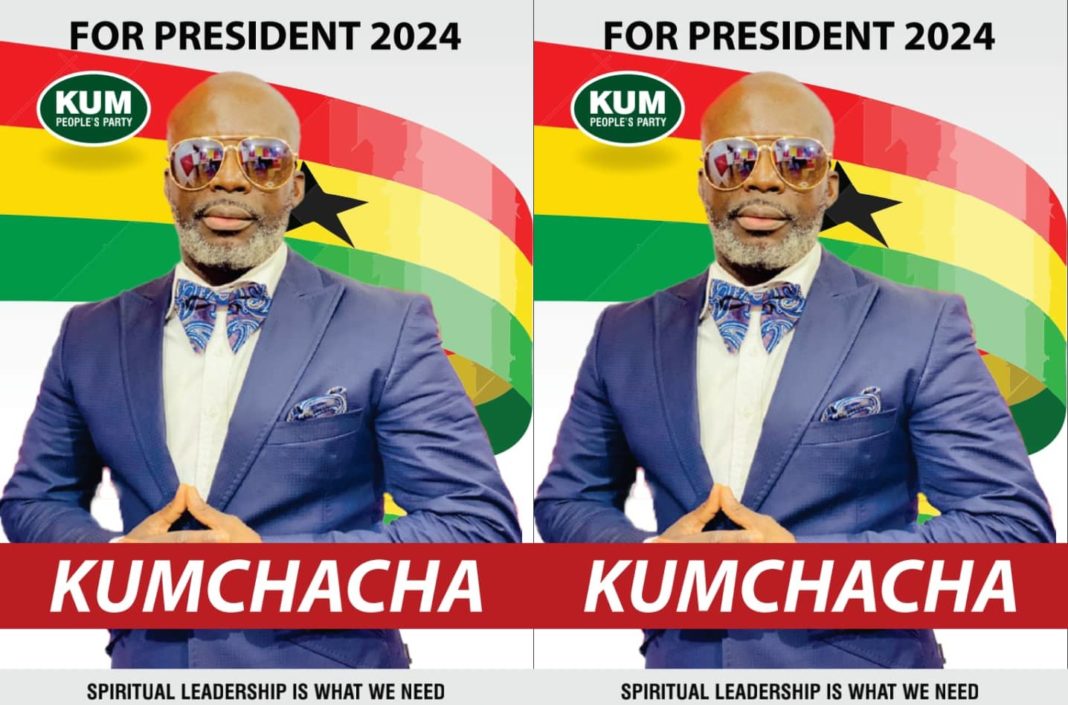 Ghanaian preacher, Nicholas Osei, popularly known as Prophet Kumchacha, is not happy about those questioning his decision to vie for President in the country.

The leader of Heaven’s Gate Ministry declared his presidential ambition some months ago.

He has been told the hard truth that Ghanaians won’t vote for him. Other critics think he does not even qualify to contest.

READ ALSO: Mzbel expresses fear as Men of God warn her against releasing her upcoming song due to spiritual attacks

Prophet Kumchacha angrily blasted his critics in an interview with ZionFelix.

He stated that anyone who will say that he does not qualify to be President is a fool.

The Kum People’s Party (KPP) founder said people who will make such a statement do not have sense.

Kumchacha added that they inherited their senseless attitudes from the heads of their families.

When asked if he will vote for someone who insults, he retorted that Kennedy Agyapong should not contest if that is the case because he also insults others.

The outspoken Prophet clarified that he would have taken it cool if his critics say he won’t win the forthcoming election—but their assertion that he does not qualify is what makes him angry.

VIDEO: Only Foolish Pastors Listened To My Advice And Organized Church...