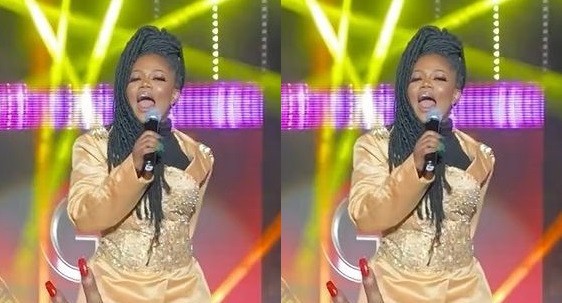 Ghanaian songstress Mzbel is readying herself to drop a new single after a few years of absence from the music scene.

The single which she calls “Asibolanga” is scheduled to be released today according to posts on the singer’s social media feed.

In a Thursday tweet however, Mzbel revealed how her plans to release the song is being hampered by warnings she is receiving from some men of God.

READ ALSO: My Father Died On His Way To The Hospital – Mzbel Reveals (Video)

She stated how this is the best excitement she has ever felt about releasing a new song but she has become nervous due to the messages she is receiving from pastors and prophets ahead of the release.

She revealed that she has received several warnings from the men of God asking her not to release “Asibolanga” which she has been gearing up for.

According to the clerics, they have sighted oncoming spiritual attacks should Mzbel release the song as scheduled.

However, the “Awoso Me” singer has resolved to release the song against the advice of the men of God whose identity she didn’t disclose.

She called on her fans to remember her in their prayers whenever they pray, regardless of what they worship.

Share
Facebook
Twitter
Pinterest
WhatsApp
Previous article
Mixed Reactions As Black Sherif Releases Top-notch Visual For His Hit Single, “45”
Next article
You Are A Fool If You Say I Don’t Qualify To Be President – Kumchacha Blasts Critics
- Advertisement -