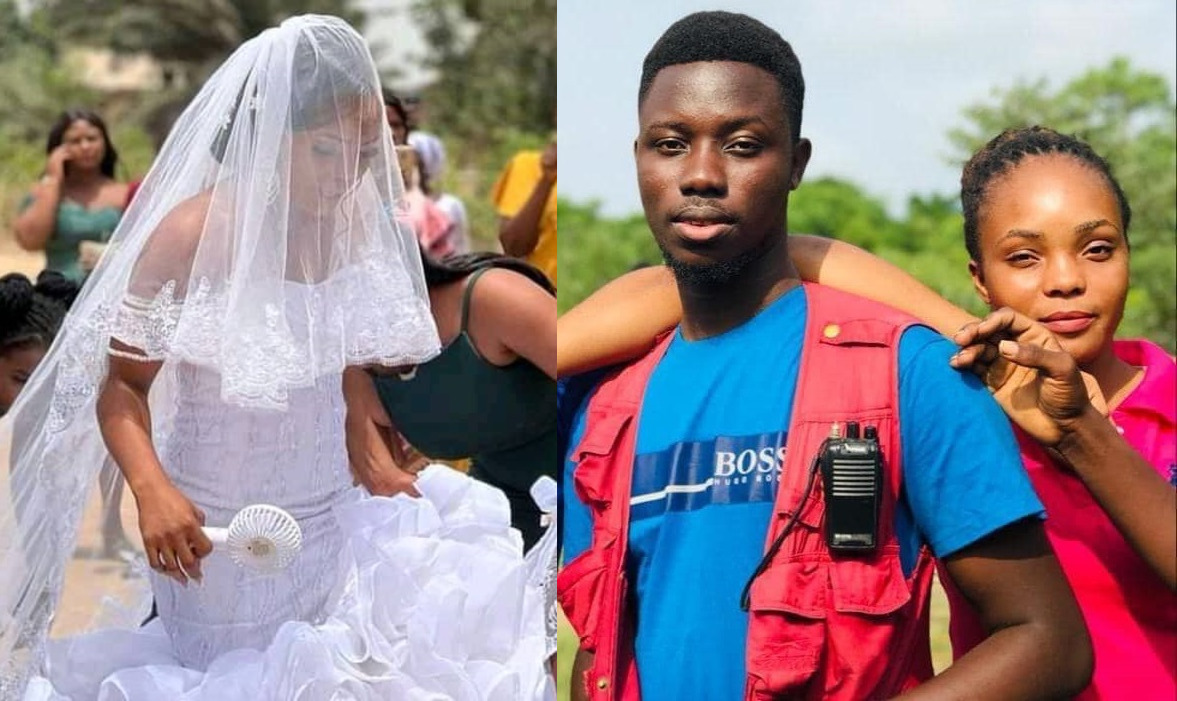 Photos: Unscrupulous Ghanaians at it again as parts of Astroturf stolen in Bono Region

Rubby, the beautiful young lady who has been trending on various social media platforms for dumping one young man who had interest in her after spending his money has finally reacted to all the drama unfolding on social media.

Even though her wedding ceremony is still underway in the Volta Region, Rubby took to the comment section of the post shared by the young man called Uncle Bless to reveal why she did this.

READ ALSO: Man Down: Ghanaian Gentleman In Tears As Lady He Heavily Invested In Dumps Him To Marry A Military Officer

According to her, she intentionally did this to the Uncle Bless who is a film director. Rubby added that she told him on various occasions that she did not love him, however, he insisted and as such, she decided to spend his money.

She also told him to shut because in her minds eye, she only saw him as a local client who is not even in the league of men she loves.

See the posts she shared online below

Share
Facebook
Twitter
Pinterest
WhatsApp
Previous articleMan Down: Ghanaian Gentleman In Tears As Lady He Heavily Invested In Dumps Him To Marry A Military Officer
Next articleVIDEO: ‘I Do Not Think I Can Have Sekz With My Wife Again’ – Brother Sammy Sadly Reveals On TV And Details Why
- Advertisement -