You Have The Talent, Work On Your Culture And Acquire Knowledge, Okraku Mantey Admonishes Creatives 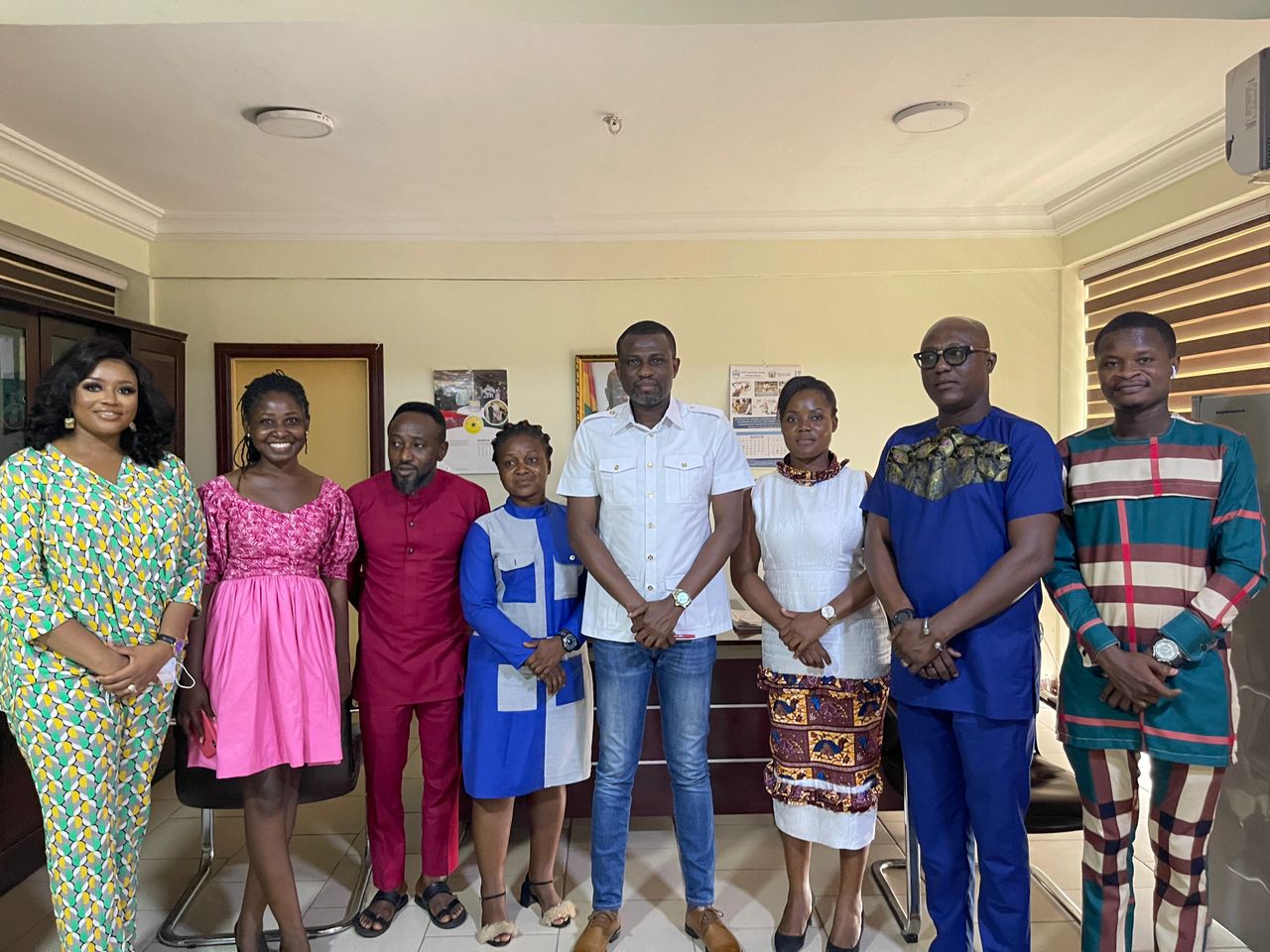 The Deputy Minister of Tourism, Arts and Culture, Mark Okraku Mantey is unhappy with the work culture of many Ghanaian creatives.

According to Hon. Mark Okraku Mantey, who received newly inducted members of the Art and Tourism Writers Association (ATWAG) in his Office midweek, it is evident that Ghanaian creatives are extremely talented but unfortunately lack the broader knowledge and sometimes exhibit an “unrefined” attitude to work.

“It is evident, we have the talents. It is now time for these talents to work on their attitude, their work culture and acquire more knowledge. Do not depend solely on your talent, the World is evolving otherwise you will be second to South Africa, Nigeria and even Togo” The Deputy Minister opined as he persuaded the newly executives of ATWAG to be change agents.

The President of the Art and Tourism Writers, George Quaye, who led the team of ATWAG executives to the Deputy Minister’s office for an introductory engagement, also laid before Hon. Mark Okraku Mantey, the quest to gain recognition and support from the Ministry in its operations.

“The Association has been around for a while and after our induction, we thought it wise to introduce ourselves to you. We are very passionate about the sector as writers and we want to leave a solid legacy”. George Quaye beseeched Deputy Minister, Mark Okraku-Mantey.

In his response, Mark Okraku Mantey assured the executive of a fruitful partnership.

Mark Okraku Mantey Played A Role To Get Your Songs Featured...