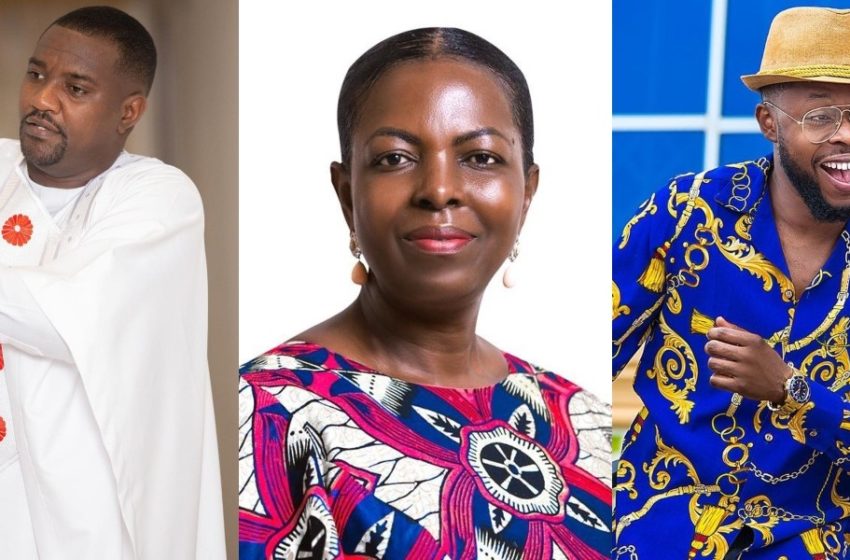 In the video sighted by Zionfelix.net, the comic actor was seen talking to a poster of John Dumelo while going on a campaign tour for NPP and Lydia Alhassan who is the incumbent Member of Parliament for Ayawaso West Wuogon.

Kalybos was seen asking John Dumelo who is the NDC candidate to vote for Lydia Alhassan and even asked Mahama to do same.

According to Kalybos, there is nothing wrong if John Mahama loses the election as he went on to hand them fliers of Lydia Alhassan and NPP.

Before leaving the posters, Kalybos was seen and heard shouting “four more” an indication of his unflinching support for the NPP.

This recent video follows a vibrant campaign by some actors and actresses in Ayawaso West Wuogon for the NPP against their colleague John Dumelo.