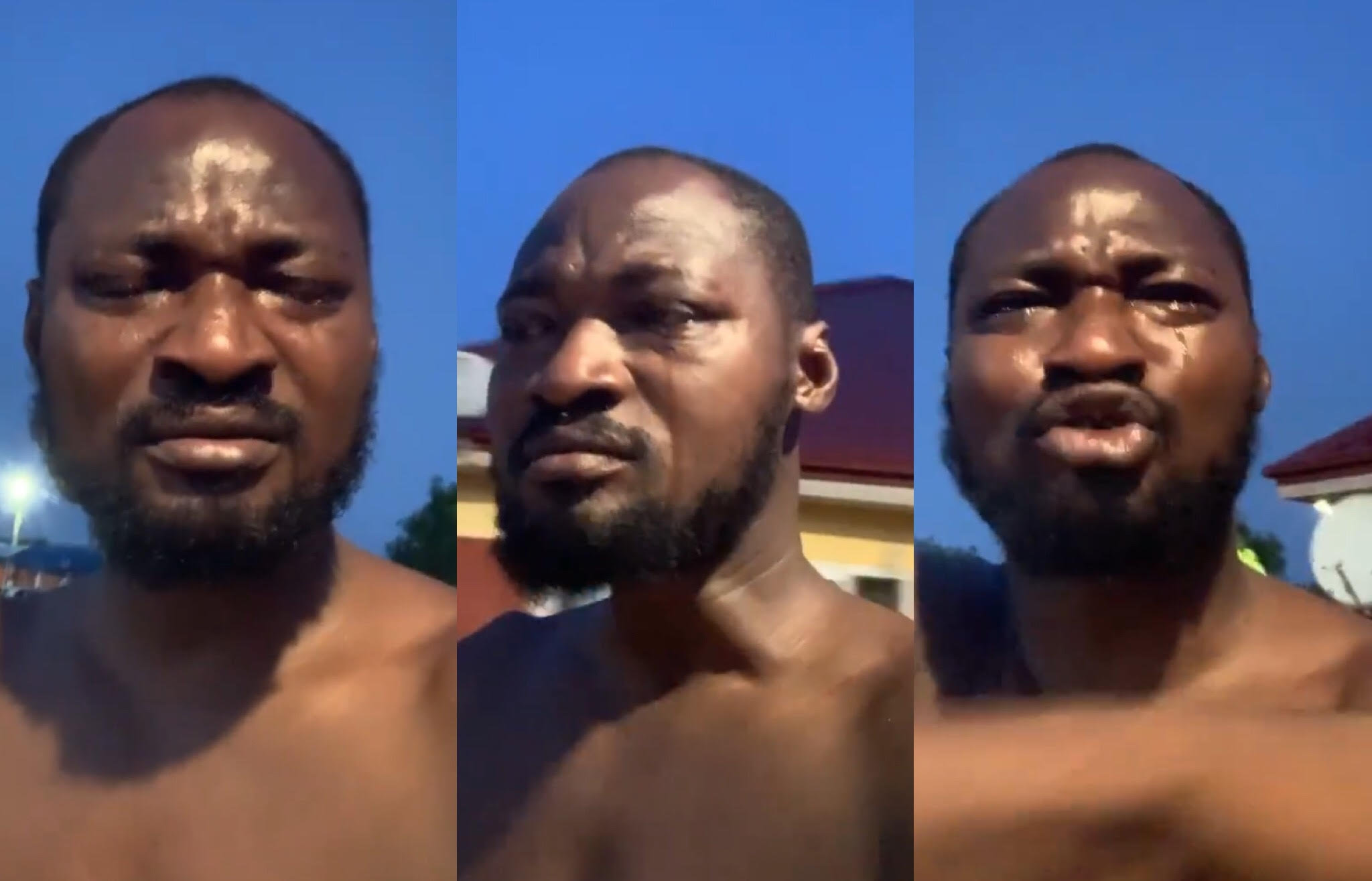 Ghanaian comedian Benson Nana Yaw Oduro famed as Funny Face has come out to give the reason behind his “Rambo-style” arrest in a video which went viral online.

In sharing his side of the story, Funny Face indicated that he was acting in self defence and it rather landed him in more trouble.

According to him, his baby mama, Vanessa, pulled a knife at him and threatened to kill him and in his own defence, pulled out a gun and fired some warning shots to ward off the intended knife attack.

Funny Face added that he did not expect to be treated like a criminal when all he did was to try to protect his life from getting into harm’s way.

In recounting his ordeal, Funny Face added that after his “Rambo-style” arrest, he was given the beating of his life at the police station.

He claimed that the police kicked him in the face and stomach among many other claims of police brutality.

The award-winning comedian then revealed that even though he was reportedly abused, he also eased himself at the police station as a way of paying them back for how they treated him.

#EndSARS: Funny Face To Stage A Peaceful Walk In Kasoa