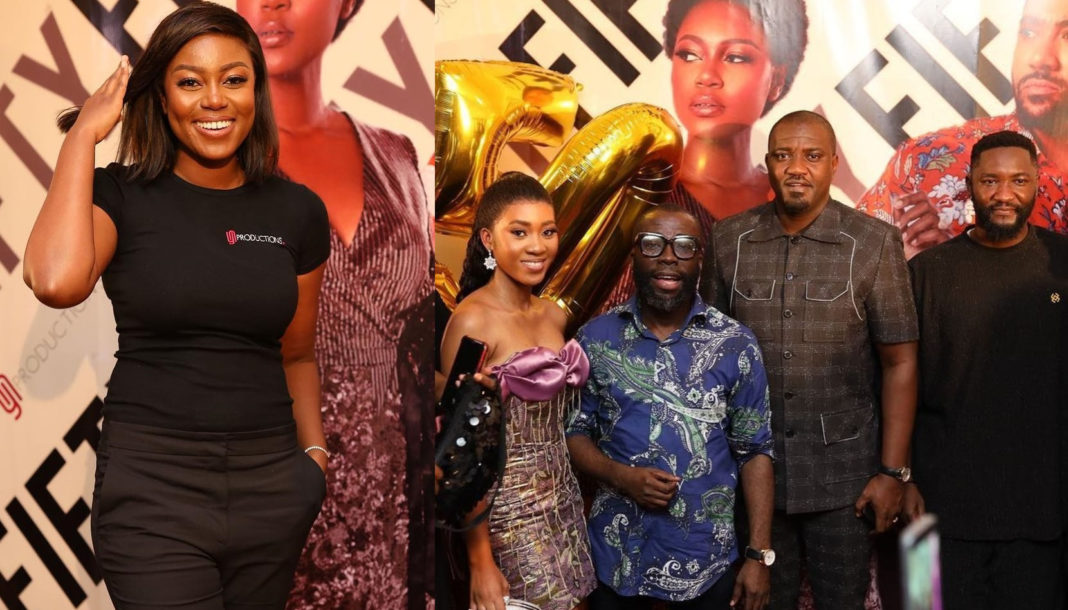 The movie which is produced and directed by Yvonne Nelson, was premiered on Saturday, May 21, 2022, at the Silverbird cinema, Accra mall.

They were some concerns on the day that the premiere might not be successful because of the heavy downpour on the day.

Despite all these concerns, the premiere saw massive patronage. A lot of Ghanaian movie lovers turned up in their numbers to throw their weight behind the actress.

From the video available to zionfelix.net, the cinemas got choked as Yvonne Nelson and other top stars struggled to take photos with fans and admirers present at the event.

Present at the premiere was Majid Michel, John Dumelo, Michy, Anthony Woode, Jacky Mensah, Made In Ghana, Kuami Eugene, also the France Ambassador to Ghana Anne Sophie Ave, amongst many other popular people.