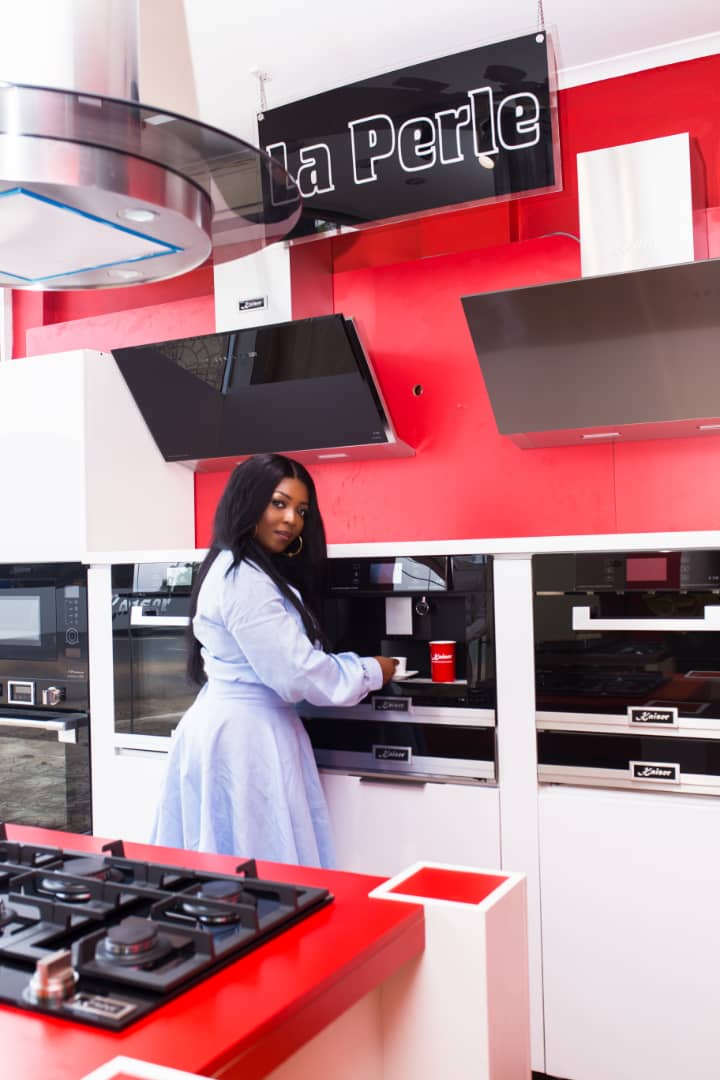 Details of the deal is not made public yet but latest photos in circulation captured the “Contract” actress and producer endorsing Kaiser, a High-Quality German Kitchen Appliance and Kitchen Cabinet brand that provides all solutions, whether it be individual kitchens, wholesale distribution, or bulk orders.

READ ALSO: Shatta Wale Is More Influential Than You And 50 Other Politicians Put Together – George Quaye Goes Wild On NDC’s Ras Mubarak

The company is a family owned business which started in central Berlin, Germany in 1995 producing and specialising in the highest quality and revolutionary designs of kitchens and appliances. Since then Kaiser has won several prestigious awards in Germany such as the ‘Brand award winner’ for best innovation designs for the years of 2017-2018.

Kaiser was incorporated in Ghana in 2014 and has since grown into a market leader in distribution of high end appliances, Kitchen cabinets, Wardrobes and Walk-In Closets. In February 2016, Kaiser was launched in Ivory Coast and has since been expanding there successfully.

READ ALSO: My Rants About “Asaase Sound Clash” Was A Strategy To Get Me Trending — Samini Confesses

It’s major activities in Ghana including signing Yvonne Okoro, the four times Africa Magic Viewers Choice Awards (AMVCAs) winner. She still remains one of the most celebrated actresses of her generation.

Weekly Fashion Trends On Zionfelix.net: Check Out What Your Favorite Celebs...